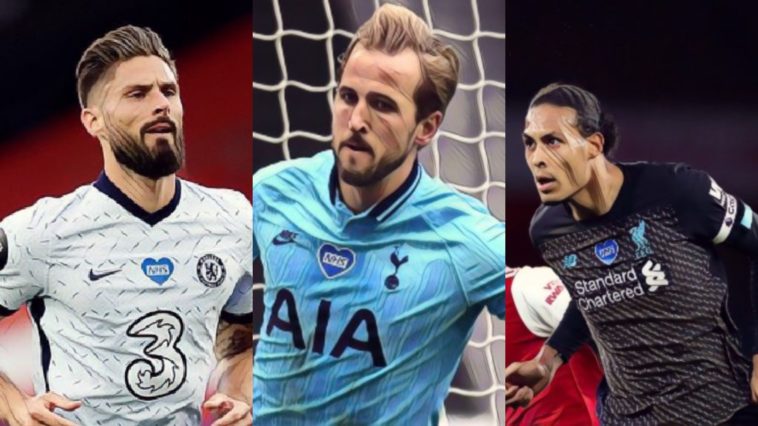 Our weekly column rewards the best and worst of the Premier League action from the past seven days, featuring Olivier Giroud’s redemption, Harry Kane’s ankles have returned, Raúl Jiménez’ wonder strike, and Liverpool’s calamity of errors.

Hands up if you predicted that Olivier Giroud would play such an important role in Chelsea’s quest for Champions League qualification? Yeah, didn’t think so.

The Frenchman was seemingly as much use as a bra on a snake for much of the season, making just two starts up until February. In fact, at that stage, he had played more minutes for France than he had his club side.

Then he scored a stunner in the 2-1 win over Spurs and his season has turned right around. Since then he’s played a part in every one of Chelsea’s league matches, starting seven of the following nine games and scoring six goals along the way.

The most recent in the Premier League came was his winner against Norwich City, a match in which he should have had plenty more if it weren’t for Tim Krul. It was a great week for the oft-maligned striker, whose redemption continued with a goal against Manchester United in the FA Cup semi-final. A Wembley date awaits.

Having looked a shadow of his former self for large stretches of this season, Harry Kane found that old spark this week when he scored four times in two games, following up his brace against Newcastle by putting a major dent in Leicester City’s Champions League ambitions.

The Englishman’s increased activity in the box and return to form is a huge boost for a Tottenham Hotspur team that has struggled all season long. Perhaps not playing football for six months has finally allowed his ankles to heal.

Raúl Jiménez continued his excellent campaign for Wolves with an utterly brilliant volley against Burnley. The Mexican is now on 17 league goals and six assists for the season.

Jannik Vestergaard’s thunderbolt of a strike was destined for the back of the net when Southampton faced Brighton mid-week, but Mat Ryan was equal to it with a sensational fingertip save.

The five most relegated clubs of the Premier League era

If you want to know how long it is since Leeds were in the PL, it was a season when Arsenal finished top of the league

“Be quiet and get back in your basket.” Imagine having a pint down the local with Chris Wilder and he comes out with that. Ouch.

This is brilliant from Chris Wilder on Jamie Vardy. pic.twitter.com/mWv2e4mFpo

Liverpool and defensive errors have not been a thing in the past two seasons, but they had two huge calamities in one game last week.

Virgil van Dijk of all people was responsible for the first, the Dutchman playing a horrific pass into his own box under mild pressure from Reiss Nelson, from which Alexandre Lacazette took full advantage. It was just his second error leading to a goal in 88 matches, the last of which came against Fulham in March 2019.

That was followed up soon after by another terrible pass by Alisson Becker, who missed his target Andy Robertson, which allowed Lacazette to set up Nelson on this occasion to make it 2-1. A disaster all round from the champions, one that denies them the chance to equal the points record.

Read: Jack Charlton was more than a football man, he was a cultural touchstone

See Also: Golazo Merchants – Darren Anderton and his wand of a right peg