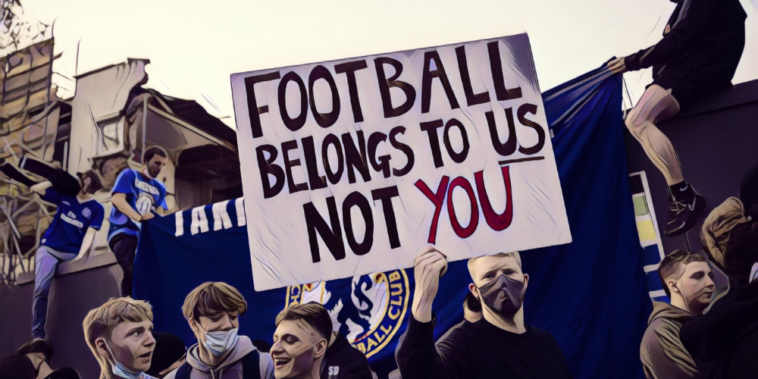 The Premier League are set to announce ‘significant’ fines for the six clubs involved in proposals for a European Super League.

European football was rocked in April following the announcement of plans for a breakaway competition, with the Premier League’s ‘big six’ – Manchester United, Manchester City, Liverpool, Chelsea, Tottenham and Arsenal – joining elite sides from Italy and Spain in formally announcing their participation.

The competition’s plans for a ‘closed shop’ tournament involving Europe’s elite was met with furious backlash and led to a hasty withdrawal from each of the English sides involved, collapsing within 48 hours following fan protests and fierce criticism from leading figures within the game.

Each of the six English clubs involved have already agreed to financial sanctions from UEFA over their involvement and the Telegraph are reporting that the Premier League will follow suit in imposing punishment on the clubs.

The six clubs are judged to have broken rule L9, a rule that requires shareholders to gain written approval from the Premier League to join any new competition and the remaining 14 clubs have urged significant fines for the rebel clubs.

There will also be a contrite public apology from the division’s ‘big six’ in which clubs will admit their mistake and vow to never make renewed attempts to join an unsanctioned competition.

Three of the teams involved in the Super League proposal – Real Madrid, Barcelona and Juventus – have refused to formally distance themselves from the plans and are currently under ongoing investigation from UEFA.