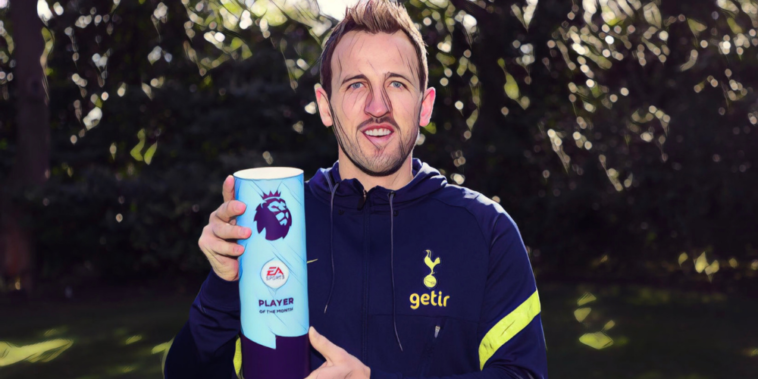 Following the conclusion of the Premier League season we’ve decided to look back and reflect on another campaign of top-flight action.

Here is every Premier League Player of the Month from the 2021/22 season.

Antonio’s haul included a brace in a 4-1 thrashing of Leicester at the London Stadium, a double which saw the forward overtake Paulo Di Canio as the Hammers’ all-time leading scorer in the Premier League era.

What a start to the season for the West Ham striker! 🔥 pic.twitter.com/r9GNgJfIe7

He also registered his 50th goal in the Premier League as his evolution from versatile option to out-and-out centre-forward completed in the opening months of the campaign.

Antonio ended the season with 10 league goals, becoming the first West Ham player to score 10 goals in three consecutive top-flight campaigns since Tony Cottee did so in five successive seasons between 1983/84 and 1987/88.

Cristiano Ronaldo’s immediate impact since returning to Manchester United ended with September’s Player of the Month award, with the five-time Ballon d’Or winner scoring three goals in as many games.

Ronaldo’s second debut for the Red Devils saw him score twice against Newcastle at a raucous Old Trafford, as the home crowed celebrated the return of a former favourite to the Premier League.

Ronaldo’s award was the fourth of his Premier League career, with the 13 years separating September’s recognition and his previous award the longest gap between Player of the Month accolades.

Mohamed Salah’s brilliant start to the season saw him win October’s gong, having scored five goals and provided four assists during a sensational month of performances.

Salah’s treble against the Red Devils extended his fine early season form with the Egyptian having scored for a tenth consecutive game across all competitions.

Trent Alexander-Arnold made it consecutive Player of the Month accolades for Liverpool, after being named as November’s winner.

The right-back was influential form across the course of the month, scoring one goal, providing four assists and keeping two clean sheets in three appearances.

Trent Alexander-Arnold is the first defender to win multiple Premier League Player of the Month awards.

Alexander-Arnold’s goal was a fine free-kick in defeat at West Ham, before he starred as the creative force behind convincing wins over Arsenal and Southampton.

Raheem Sterling enjoyed somewhat of a slow start to the season, before exploding during the festive period to win December’s Player of the Month gong.

Sterling scored five goals in five appearances for Manchester City throughout December, in addition to providing an assist in a period of form that came in the midst of a 12-game winning for Pep Guardiola’s side.

Manchester City in the Premier League in December: WWWWWWW

Player of the Month: Raheem Sterling

Manager of the Month: Pep Guardiola

Their performances over the winter built a lead at the top of the Premier League that City would not relinquish as Guardiola’s side were crowned champions for a fourth time in five seasons.

David de Gea became the first goalkeeper in almost six years to win the Premier League’s Player of the Month award in January, with the Spanish shot-stopper having been a rare positive in a disastrous campaign for Manchester United.

De Gea made 22 saves across just four fixtures in January, earning his first-ever Player of the Month accolade after a decade of stellar service for the Red Devils.

Fraser Forster had been the previous goalkeeping winner of the award, earning recognition for Southampton in February 2016.

Joel Matip took February’s prize after an influential role in a winning run for Liverpool that closed the gap on league leaders Manchester City.

The centre-back formed part of a Reds defence that conceded just one goal in four games, whilst he also contributed in the final third with an assist against Leicester and goal in the 6-0 thrashing of Leeds.

The @PremierLeague Player of the Month for February 👏 pic.twitter.com/HOaYOkahQp

Matip became the first ever Cameroonian to claim the Premier League’s Player of the Month.

Kane’s award came after four goals and two assists in four fixtures, a league-leading contribution which helped Spurs to three wins and boosted their hopes of Champions League football.

No player has ever won more. 👊 pic.twitter.com/LelRzOqnIJ

The England captain’s goal in the win at Brighton also saw him eclipse Wayne Rooney as the highest-scoring Premier League player in away fixtures.

Cristiano Ronaldo moved one award behind the joint-record of Kane and Aguero after claiming his sixth career Player of the Month accolade in April.

The 37-year-old scored five goals in the month, including reaching 100 goals in the division with a strike in Manchester United’s 3-1 defeat at Arsenal.

Five goals in April, including a hat trick vs. Norwich.

Ronaldo also scored a hat-trick as the Red Devils beat Norwich 3-2 at Old Trafford, his second treble of the 2021/22 season.

** Note: There is no Premier League Player of the Month award for May **