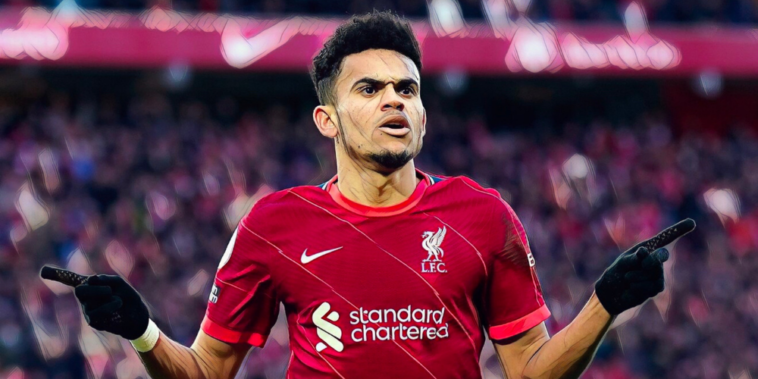 As the dust settles on another fantastic season of Premier League football, we look back at and reflect on another unforgettable nine months of top-flight action.

Recruitment can often be the most crucial aspect of a manager’s role and there’s a number of Premier League coaches who will have been left delighted by the immediate impact of new arrivals this season.

Here are our rankings of the 10 best signings of the Premier League season.

Crystal Palace gambled on the signing of Marc Guehi last season, providing the centre-back with a chance of regular Premier League football after an impressive loan spell in the Championship.

The Eagles were in the midst of mass change last summer, with new manager Patrick Vieira overseeing an overhaul of his squad and taking a chance on largely unproven young talent.

Not getting past him 🛑#CPFC pic.twitter.com/uEfQXwBRWc

The £18m invested in Guehi was far from an insignificant sum, but he has repaid the faith handsomely during an impressive debut season at Premier League level that has ended with an England cap and Palace’s Players’ Player of the Season award.

Already trusted with the captain’s armband at Selhurst Park, the 21-year-old is a talent that a promising young team can build around in the coming seasons.

Odegaard overcame a slow start to become the creative heartbeat of Arsenal’s push for Champions League football, after Mikel Arteta had invested €35m to sign the midfielder from Real Madrid.

The Norwegian had enjoyed a solid if unspectacular loan at the Emirates over the second half of last season, but has evolved into a crucial component of the Gunners side across the 2021/22 campaign.

The 23-year-old is a wonderful watch when in the mood and has posted the best chance creation numbers of any Arsenal player for several seasons, whilst contributing seven goals and four assists.

Odegaard has helped solve the creativity issues that plagued Arsenal during a season of encouragement for the North Londoners and will lead the side into next season as the new captain of Arteta’s side.

Marc Cucurella has been a huge hit in his first season at Brighton, with the left-back becoming an instant favourite of the Seagulls supporters this season.

Cucurella arrived from Getafe in a £15.4m deal last summer to little fanfare, but has emerged as one of the most all-action full-backs in the Premier League.

Most chances created from open play by full-backs in the PL this season:

Most tackles made by full-backs in the PL this season:

The Spaniard’s defensive tenacity and lung-busting runs forward are understood to have piqued the interest of Manchester City and Chelsea, whilst he has shown impressive versatility in performing at wing-back and as a left-sided centre-back for Graham Potter’s team.

Brighton conceded just 44 goals in the Premier League this season, a figure only the top four and Wolves could better as the Seagulls secured a best-ever finish of ninth. Cucurella was a major part in a brilliant season on the South Coast.

Newcastle’s new investment played its part in the club’s second half of the season revival, as the Magpies became the first team to avoid relegation after failing to win in their opening 14 games.

The headline arrival in January was the £33m signing of Bruno Guimaraes from Lyon and the midfielder has wasted little time in becoming the centre-piece of Eddie Howe’s side.

The Brazilian has been exceptional since his arrival into the Premier League, scoring five goals in 11 league starts and exhibiting the full-range of his box-to-box talents. From snapping into challenges, carrying the ball in possession and finding passes inside the final third, he has formed a superb midfield axis with compatriot Joelinton during Newcastle’s fine end-of-season form.

How crazy is to think that it was my first season here! It's even crazier to think that it was only 4 months!Thanks to all the fans for making me feel at home from the first game here! It was just the beginning!The future promises a lot of good things.See you soon @NUFC fans 🖤🤍 pic.twitter.com/YVllSvADIA

His dominant performance in the win over Arsenal earlier this month was outstanding, as he made eight ball recoveries, won seven ground duels and created two chances in a demonstration of his capabilities.

The Gunners – who missed out on his signing after stalling over the price-tag – will no doubt be full of regret following his immediate impression in English football.

Cristiano Ronaldo’s £12.85m return was designed to turn Manchester United into title challengers this season, though it’s been a campaign of disappointment and underperformance at Old Trafford.

Ronaldo, however, has done his utmost to drag the side onwards and ends his first season back in the Premier League with 24 goals in all competitions.

United have failed to win a single fixture that Ronaldo has missed this season, whilst his performances in the Champions League – scoring six goals in five games including late efforts to rescue results against Villarreal and Atalanta (x2) – prevented the Red Devils from an embarrassing group stage exit.

The 37-year-old is not the player of old but his 18 goals were only bettered by Mohamed Salah and Son Heung-Min in the Premier League in 2021/22.

He has now finished in the top three goalscorers in 15 of his last 16 league seasons across three different countries. Just where this United side would have been without his contribution this season is anyone’s guess.

Cristian Romero is fast developing a reputation as one of the Premier League’s best defenders with the centre-back having been a standout in Spurs charge towards a top four finish.

Romero arrived having been named as Serie A’s best defender in 2020/21 and aside from a mid-season spell on the sidelines through injury has been a colossal presence for the North Londoners.

The Argentina international is aggressive and front-footed in his defending and ideally suited to Antonio Conte’s back three system, becoming a fixture of the side as a strong end-of-season run propelled Spurs into the Champions League places.

The art of defending, by Cristian Romero. 📖 pic.twitter.com/7UDgV1GTvJ

It is little surprise that Spurs are set to trigger the agreement to make Romero’s loan from Atalanta a permanent deal with the centre-back boasting the potential to be an elite-level component of the side’s spine.

Conor Gallagher’s star is on the rise after a breakthrough season on loan at Crystal Palace, a campaign which has seen the 22-year-old earn three caps for England and earn the Eagles’ Player of the Season accolade.

Gallgher’s relentless running and intensity have been a factor in Palace’s transformation from an ageing side into a team full of promise and potential, adding endless energy to the Eagles’ engine room.

He has scored eight league goals and provided three assists for Patrick Vieira’s side and beat the likes of Bukayo Saka and teammate Tyrick Mitchell to the Young Player of the Year at the London Football Awards.

Despite a dip in form during the run-in, he should have done enough to earn a chance at Chelsea next season.

Antonio Conte sought to add his own to stamp to the Spurs squad in January and raided former side Juventus to sign the out-of-favour Dejan Kulusevski and Rodrigo Bentancur.

Each have impressed, but the impact of the former has been inspired during an outstanding first six months in English football.

The Sweden international made his full debut in the February win at Manchester City and has since scored five goals and provided eight assists in just 14 league starts for the North Londoners.

The 22-year-old’s adhesive close control, invention, and output have added a new dimension alongside Harry Kane and Son Heung-Min, a dynamic that helped Spurs to eight wins from their final 11 games to secure Champions League qualification.

It’s been a remarkable introduction into the Premier League for a player who only emerged as a Plan B after the club’s failed pursuit of Luis Diaz and the €30m clause to turn his loan into a permanent move looks a more than reasonable fee.

Christian Eriksen’s return to a football pitch was remarkable in itself, but his impact at Brentford has been nothing short of sensational.

The Denmark international arrived at Brentford as a free agent in January, just over six months after the distressing scenes of his cardiac arrest at Euro 2020 last summer.

His return represented a gamble and came after the fitting of an implantable cardioverter defibrillator (ICD), but his impact since has ensured his place in Brentford’s history regardless of whether his six-month stay is extended.

Brentford director Giles: "It's no secret that we'd love Christian to stay. We will continue to discuss that possibility with him". pic.twitter.com/Y7xna1YqBm

Eriksen signed for an ambitious side whose first season in the Premier League had began to take a downward decline, before inspiring the Bees on a brilliant run of form to win seven of the 10 games he started and finish the campaign in the safety of 13th.

The 30-year-old’s elegant touch of class on the club’s midfield has already alerted bigger sides with Eriksen having proven he can still perform on a grader stage.

Liverpool accelerated their interest in Luis Diaz in January after Spurs made a move for the Porto winger, acting quickly to tie up a £37m deal for an intended summer target.

That decision has been a stunning success with Diaz having added an injection of spark into a forward line already boasting formidable options.

The Colombian has hit the ground running and looks an idealistic talent for a Jurgen Klopp team, offering technical talent in possession and a tigerish intensity to regain the ball in dangerous areas.

Luis Diaz has been at Liverpool for just 𝗳𝗼𝘂𝗿 months 🤯 pic.twitter.com/rma5GaMg1z

There is a sense of anticipation around Anfield whenever Diaz picks up possession and the electricity of his football has pushed Liverpool’s challenge for four trophies.

He helped turn the tide in the Champions League semi-final win over Villarreal and could end his first six months in England with three major trophies as the Reds take on Real Madrid in Paris next weekend.

Read Also – Legends: Seven players to win the Golden Boot and finish with the most assists in a PL season