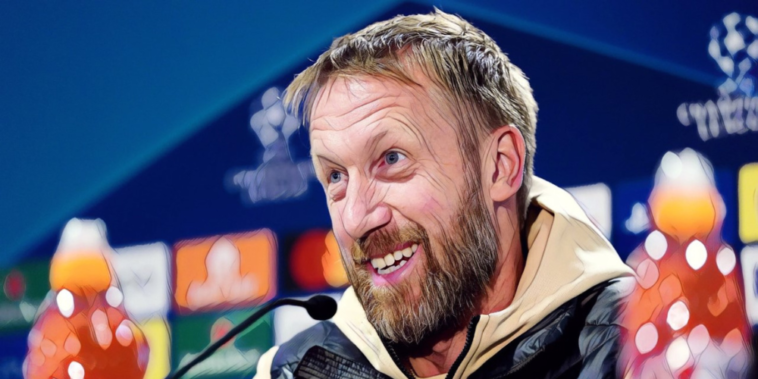 Graham Potter has provided an update on Chelsea’s squad ahead of the club’s Champions League clash with Dinamo Zagreb.

Chelsea conclude their Champions League group stage campaign at home to the Croatian side on Wednesday evening, with the west Londoners already assured of progress to the last 16 as group winners.

The fixture will provide Potter with a chance to rotate his team, though the Chelsea boss confirmed that Kepa Arrizabalaga will not feature after the goalkeeper was substituted during the defeat at Brighton last weekend.

“Kepa won’t be available,” Potter told his pre-match press conference. “We’re looking at days, not for the game tomorrow.”

Mateo Kovacic is in contention to feature against his former side, while Potter confirmed that Kalidou Koulibaly is available to return. Potter also said that Denis Zakaria could make his debut, with the midfielder having not made an appearance since his loan move from Juventus during the summer.

“Kovacic [is] just precautionary with his half. Got a chance, will make a decision later on. He [Koulibaly] will [be available] providing there is no reaction, he’s available.”

On Zakaria, Potter added: “He’s been really good, trained well, supported his team-mates. Disappointed not play, like everybody is. Up until the weekend, results have been positive. He’s in the frame, in the squad, available. We will wait and see.”