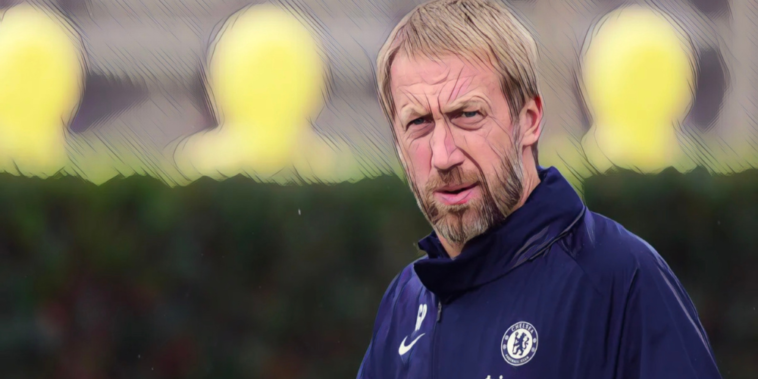 Graham Potter has discussed his early reign at Chelsea and a ‘really surreal’ start to his career at Stamford Bridge.

Chelsea have made a strong start under Potter’s management following his arrival from Brighton last month, with the west Londoners unbeaten in five fixtures across all competitions.

Chelsea on 2-0 at AC Milan in the Champions League in midweek to make it four consecutive wins under the new boss, who admits he has been delighted with initial results.

Speaking ahead of this weekend’s Premier League trip to face Aston Villa, Potter has opened up on a surreal start to his time with the club.

“From the outside results are good, there are always things you can improve,” Potter told his pre-match press conference.

“But I can’t sit here and complain about anything, with the results we’ve had.

“It was a really surreal start with the Queen’s death, games being called off, not really knowing the players but I’ve got to credit the players – they have been really open and it has gone well.

“We haven’t played that many games in the league, there are so many games to go.”