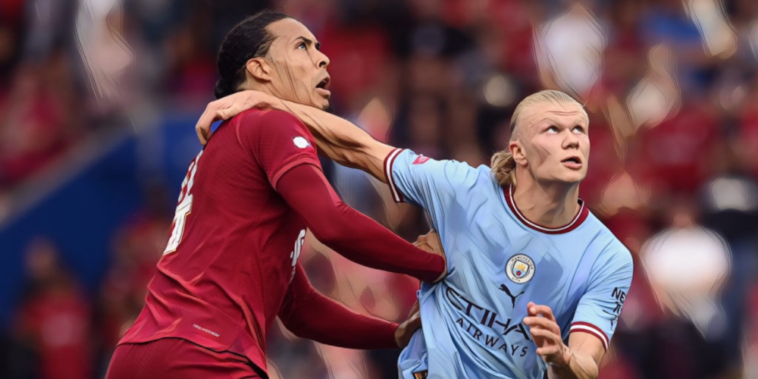 Time up for Rodgers at Leicester?

Time is fast running out for Brendan Rodgers to salvage Leicester’s season with his position at the King Power Stadium under threat. The Foxes’ impressive 4-0 win over Nottingham Forest proved a false dawn in kick-starting their season, as Rodgers’ side surrendered a lead to lose at Bournemouth last time out.

Bottom of the division with just one win from nine games, Leicester host Crystal Palace on Friday night football with Rodgers’ reign at crisis point. Familiar flaws remain and neither work on the training ground or changes in coaching personnel have eradicated basic errors.

🎙️ "The noise and the pressure is from the outside."

Brendan Rodgers believes he has the full trust and support of the Leicester owners. pic.twitter.com/zDzZYqrJf4

Leicester have the worst defensive record in the Premier League this season, while only Nottingham Forest have conceded more set-piece goals. Having been undone over and over again at dead-balls last season, the club’s inability to improve has frustrated a fanbase who appear to have lost faith.

Speculation this week surfaced that Leicester had banned all birthday greetings on the club’s tannoy system for the clash with Palace, after multiple requests were submitted for “Zak Rodgers” and “Brenda Nout”. Time to turn around the season is running out for Rodgers.

After some rather miserable Premier League campaigns in recent seasons it has been improvement from Fulham this season, though there will be concerns over whether their strong start can be maintained given the underlying statistics.

Fulham have lost three of their past four league games, while the club’s expected goals data – both for and against – points towards their current position of ninth remaining unsustainable. Marco Silva’s side have posted the worst defensive numbers in the Premier League this season in terms of xGA (expected goals against), the statistical measurement of the quality of goalscoring chances and the likelihood of them being scored.

In terms of forward threat the numbers are also a concern. Only Wolves have posted a lower xG (expected goals for) across the last four fixtures and an over-reliance on Aleksandar Mitrovic could see Fulham dragged into the dogfight.

Toothless Wolves must cut through Forest

Wolves are the only side with a worst xG figure than Fulham across the last four fixtures and remain the lowest scorers in the Premier League this season.

It’s now just one goal in five games for Wolves, who have lost three consecutive games without troubling the scoresheet. The misfiring Midlands outfit remain without a manager following Bruno Lage’s sacking, with former Sevilla coach Julen Lopetegui understood to have turned down the role.

The immediate concern will come at Molineux, as Wolves take on a Nottingham Forest team who are similarly struggling at the bottom of the division. Only Leicester have conceded more goals than Forest, who appear the perfect opposition for a toothless Wolves team to find some joy in the attacking third.

Forest have also conceded more set-piece goals than any other side in the Premier League this season (6). The problem? Wolves have not scored from a dead-ball in 2022/23 to date – an unwanted statistic only Manchester United can match.

Kane form going under the radar?

Erling Haaland’s spectacular start to the season has dominated the Premier League headlines, following a record-breaking run of goals since his arrival at Manchester City.

The mind-boggling numbers of the Norwegian has made it easy to overlook the rest of the division’s forwards, with Newcastle frontman Callum Wilson having joked that a ‘Silver Boot’ was needed.

“As strikers we’re competing against that so obviously for a striker you score the most goals and here’s a golden boot at the end of the season,” Wilson told the Footballer’s Football Podcast.

Harry Kane has scored 8 goals in his first 9 Premier League games this season but nobody is talking about it because of Erling Haaland 😑 pic.twitter.com/HSUAQxaRr2

“That’s out of the picture, do you know what I mean? That’s gone, he [Haaland] needs his own boot and then we need another boot. We need a silver boot I think nowadays because we need a little something to make it fair.”

Harry Kane will no doubt be disappointed to see Haaland race out of sight having targeted a fourth Golden Boot success this season. The England captain has had his joint-best start to a Premier League season with eight goals from nine games, matching the 2017/18 campaign in which he ended with a career-best 30 league goals.

Kane faces Everton this weekend, a favourite opponent having scored 13 goals in 14 league appearances against the Toffees. His fine form is encouraging ahead of the World Cup which begins next month, where he will hope to defend the tournament’s Golden Boot.

Fortunately for the 29-year-old, Norway and their talisman will be watching events in Qatar from home.

Steven Gerrard is a man under pressure as he approaches the first anniversary of his appointment at Aston Villa, with the club’s progress having been minimal since he swapped Rangers for the Premier League.

Villa’s lack of goals has plagued their campaign so far this season and only Wolves (3) have scored less than their seven goals this season. Gerrard has chopped and changed personnel and systems with little success, with the continued alterations evidence that he still does not know his best team.

Steven Gerrard's win % in the league at Aston Villa is less than half of that during his spell at Rangers 😬📉 pic.twitter.com/eNW0ZHUySl

Villa sit 16th in the Premier League table, ironically the same position the club occupied 11 months ago when Gerrard was parachuted in from Scotland to replace Dean Smith. Despite a depth of attacking talent that includes Emi Buendia, Ollie Watkins, Danny Ings and Philippe Coutinho, the football has been uninspiring.

Owners Nassef Sawiris and Wes Edens are set to fly in for the clash with Chelsea this weekend, a team who are beginning to show signs of early progress under new manager Graham Potter. Is the presence of the ownership a show of faith? Or a chance to see first-hand if there is need for change at Villa Park?

Arsenal’s exciting side lead the Premier League table this season as the Gunners’ prospects begin to find their feet at the top level.

Mikel Arteta has built a team comprised of fearless energy, with perhaps no player more symbolic of the change than Gabriel Martinelli. The Brazilian was brilliant as the north Londoners beat Liverpool last weekend, with Arteta lavishing praise on the 21-year-old.

“I think he had an outstanding performance against a top team. He made a difference in the game and that’s the next level, to step up in these games and actually make things happen.”

Martinelli scored one and created another, a continuation of his excellent form this season. A fans’ favourite upon his arrival given his endless endeavour and direct style, he has now married those attributes with improved end product.

He has four goals and two assists from nine league games, averaging a goal every 195.8 minutes in the Premier League this season. His shot conversion (15.4%), shots per game (3), chances created (2.3) and completed dribbles (2.2) are also up from last season’s statistics, with Martinelli appearing on an upward curve to superstardom. He has created 19 chances from open play this season, just one less than Kevin De Bruyne.

It’s been some time since Newcastle and Manchester United shared mutual ambitions, with the two teams having had an iconic rivalry during title tussles in the mid-nineties.

A lot has changed since then, but the Magpies are a team on the up and could soon begin to challenge England’s elite once again. Backed by the billions of their new regime, Newcastle have improved and impressed across the past nine months and travel to United this weekend in fine form.

Back-to-back wins over Fulham and Brentford have seen nine goals scored, with the likes of
Bruno Guimaraes and Miguel Almiron in impressive form. A top-four challenge appears ambitious for Eddie Howe and his team this season, but the Magpies will view the trip to Manchester as a benchmark of their progress.

Allan Saint-Maximin is set to return to the side after resuming training and his importance can not be understated. The Frenchman has three goal involvements from four starts this season and possesses a brand of football that occupies and unsettles defences.

It’s an incredible – and widely regurgitated – statistic that Virgil van Dijk has never lost a Premier League game at Anfield. Approaching five seasons since his arrival at Liverpool, the Dutch defender has never left home soil with the taste of defeat.

That record appears under real threat this weekend, as Manchester City’s supercharged side arrive on Merseyside with ambitions to put another huge dent in the Reds’ season.

The immovable object – admittedly one that has looked significantly shakier so far this season – faces the unstoppable force that is Erling Haaland. Haaland was handed a midweek rest in the Champions League as he gears up Liverpool, fresh from scoring a barely comprehensible 15 goals in just nine league appearances this season.

Liverpool’s 7-1 win at Rangers has been a morale boost the Reds desperately needed, while Mohamed Salah’s hat-trick off the bench was a timely return to form for the Egyptian.

However, the club’s slow starts continued after conceding the first goal for the seventh time in 12 fixtures already this season at Ibrox. Another stumble out of the blocks is likely to be punished by Pep Guardiola’s side, who boast the best defensive numbers in the division.