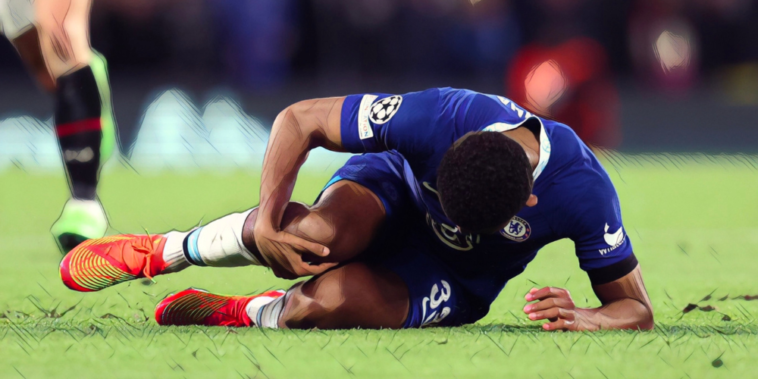 Chelsea manager Graham Potter has confirmed that Wesley Fofana’s knee injury is not as bad as first feared.

Fofana was substituted during the first half of Chelsea’s 3-0 win over AC Milan in midweek and was pictured leaving Stamford Bridge on crutches.

The 21-year-old – who missed much of last season with a broken leg – was visibly upset after sustaining the injury which Chelsea feared could rule out the summer signing for an extended period.

Ahead of this weekend’s clash with Wolves, Potter has provided a positive update on Fofana and confirmed the centre-back is expected to miss a period of weeks, rather than months.

“Wesley’s [Fofana] knee is not as bad as we thought. After the game [against AC Milan] we were concerned,” Potter told his pre-match press conference.

“It will be a few weeks we think. It’s considerably better than it could be.”

Potter refused to rule out the prospect of Fofana returning before the break for the World Cup, but refused to place a timescale on his return. The Chelsea boss also confirmed that N’Golo Kante is edging closer to a return but will not feature against Wolves.

“Possibly, it depends how his rehab goes. We wouldn’t want to put too much of a timescale on it but there is a chance.

“N’Golo [Kante] is doing more and more integration with the team. He’s still not available for the weekend but he’s getting closer.”