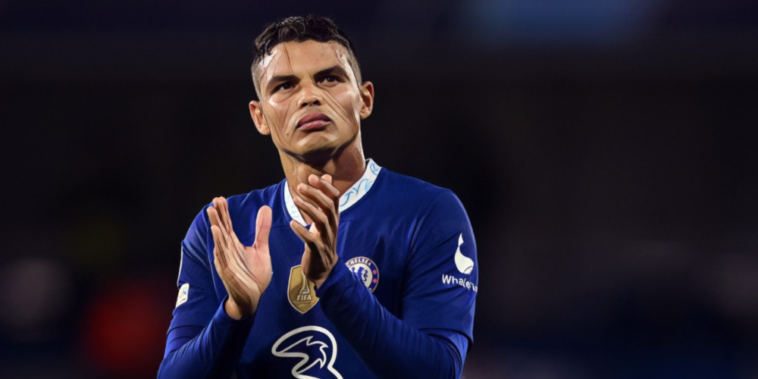 Graham Potter believes the decision on Thiago Silva’s future will be the defender’s own, but has backed the Brazilian to extend his career at Chelsea.

Silva is out of contract at the end of the season and his future remains uncertain, with the 38-year-old yet to agree terms on a potential extension.

Despite being into the twilight of an illustrious career, the veteran centre-back has been a key performer for Chelsea since signing on a free transfer from Paris Saint-Germain in 2020. The defender made 48 appearances in all competitions last season and has started three of Potter’s four games in charge of the club.

Silva missed the weekend win over Wolves through illness, but is fit to return ahead of Chelsea’s Champions League clash with former side AC Milan on Tuesday.

“Thiago was okay when we played AC Milan but he just got a little bit worse as the week went on,” Potter told his pre-match press conference.

“Because there was only two days in between the games it made no sense to play him again. But he’s recovered well, and he’s been incredibly impressive on and off the pitch. As a leader, he’s a top professional, and a top person so he’s been a joy to work with.

“I think the decision on how long he continues playing is Thiago’s. I’ve been here three or four weeks. I see his qualities. The level he can play at, the performance levels he can reach, the amount of respect he has throughout the game is just incredible.

“So all I can do is try and help him enjoy his football here, be part of a winning team, and then the rest of the stuff is something for him and the club to think about.”