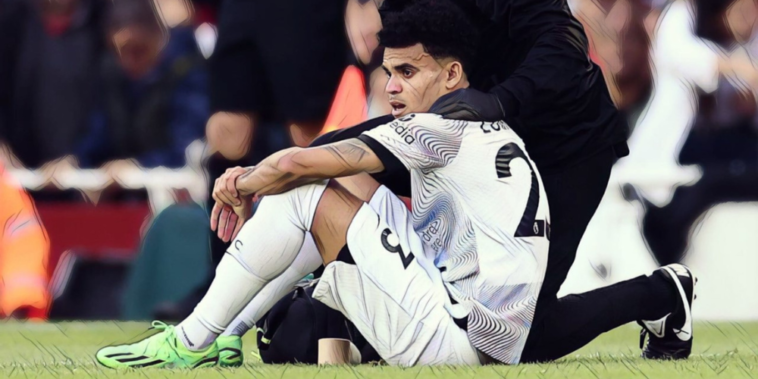 Luis Diaz is not expected to return to action until after the World Cup after sustaining a knee injury during Liverpool’s 3-2 defeat at Arsenal.

The Colombia international was substituted just before half-time at the Emirates and scans have since revealed the extent of the issue. According to the BBC, Diaz does not need surgery but is not expected to return until the Premier League season resumes after the Qatar World Cup.

His absence is another blow to Liverpool who have had a difficult start to the Premier League campaign.

The Reds are tenth in the table having won just twice in the league this season, with defeat at Arsenal having left Jurgen Klopp’s side 14 points behind the league-leading Gunners.

Diaz’s injury also comes ahead of a congested run of fixtures for Liverpool before the break in the season, with the club set to play 10 fixtures before the pause for the World Cup on 13 November. The Premier League schedule resumes on Boxing Day, following the conclusion of the tournament.

The 25-year-old has made seven league starts this season, in which he has scored three goals and provided two assists.