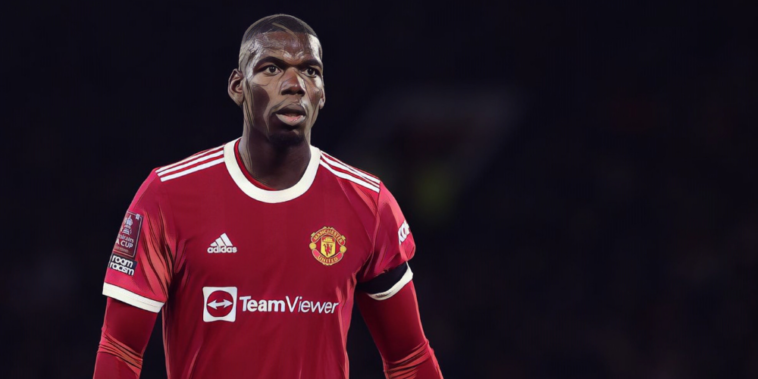 Paul Pogba is understood to be ‘more upbeat’ regarding his Manchester United future, though the club are still ‘planning’ for the midfielder’s exit this summer.

Pogba has entered the final months of his contract with the Red Devils and can leave as a free agent at the end of the season, with a host of Europe’s clubs interested in signing the France international.

The 28-year-old has returned from a three-month absence with a thigh problem in recent weeks and scored in the draw at Burnley earlier this month, before providing an assist during the 2-0 win over Brighton on Tuesday evening.

The Manchester Evening News are reporting that Pogba has held ‘productive discussions’ with Ralf Rangick regarding his role and feels ‘more upbeat’ at Old Trafford.

However, the club are still anticipating his departure at the end of the season with the Frenchman having shown no indication he is prepared to sign a new deal at present.

Real Madrid, Paris Saint-Germain and Juventus have all been credited with an interest in the midfielder and United’s diminishing hopes of Pogba extending his deal will depend on whether Champions League football is secured.

United are fourth at present after beating Brighton in midweek, though have played more games than several of the chasing pack.