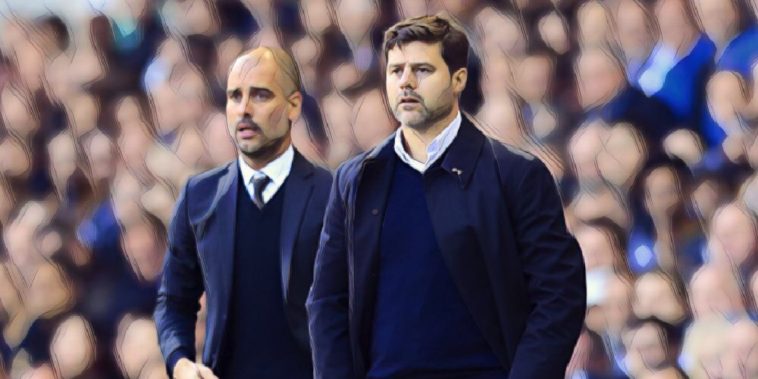 Tottenham manager Mauricio Pochettino says he is relishing the opportunity to compete against ‘one of the best managers in the world’ in Pep Guardiola.

Spurs travel to face Guardiola’s Manchester City this weekend, with Pochettino anticipating a tough encounter against the Premier League champions.

City sent an ominous warning to the rest of the division with a 5-0 opening day win at West Ham last weekend, Raheem Sterling hitting a hat-trick as Guardiola’s side began the defence of their crown with an emphatic win.

Guardiola has guided to Man City to back-to-back league titles and English football’s first ever domestic treble last term, and Pochettino says he is happy to be competing against a manager he believes is the world’s best.

“I’m so happy to compete against him [Guardiola] again,” Pochettino said at his pre-match press conference.

“One season more the possibility to face Manchester City and Pep – for me, he is one of the best or the best manager in the world and that means we are in the same race, which is so important for myself.”