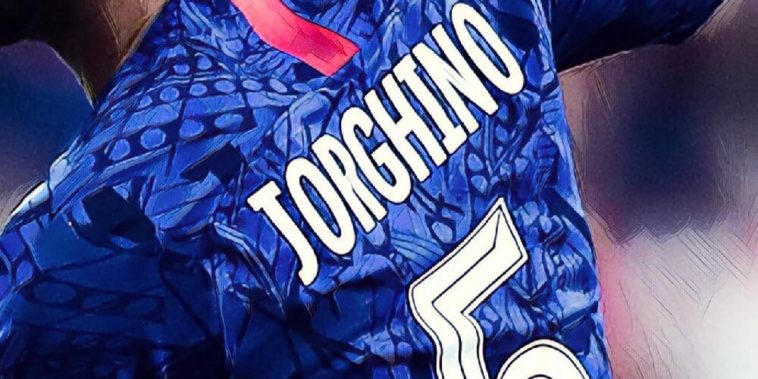 Preparation is key for a major European final, but someone evidently forgot to tell that to the Chelsea kit man ahead of his club’s UEFA Super Cup clash with Liverpool on Wednesday.

Italian midfielder Jorginho was seen sporting a shirt with his name incorrectly spelt, an error which is sure to have left the Blues looking red-faced.

Throughout history we’ve seen several incidents of kit men mishaps, and here are 11 times when footballers names were spelled wrongly on their shirt…

The Swedish forward is arguably the biggest name (reputation wise) in MLS, so you’d think the LA Galaxy kit men could the name of their star player right, right?

Another big name, another misspelt shirt…

What is it with kit men and their obsession with adding additional R’s?

Arguably football’s most famous face, a young David Beckham ran on as a substitute for the 1997 Charity Shield with the letter ‘H’ having gone AWOL from his shirt.

It mattered little, Manchester United lifting the trophy after a 4-2 penalty shoot-out victory over Chelsea at Wembley.

ON THIS DAY: In 1997, David Beckham wore a shirt in the Charity Shield game v Chelsea with his name spelt incorrectly. pic.twitter.com/RXS2MKrw77

Now this one isn’t the easiest to spell, but, it’s still wrong nonetheless.

Manchester United boss Ole Gunnar Solskjaer saw his name misspelled during his playing days, although we’d imagine there would be more attention to detail now he is in charge at Old Trafford…

Once tipped as the new David Beckham, former Arsenal and Tottenham winger David Bentley enjoyed his own kit error whilst at Blackburn.

The United midfielder never truly lived up to the hype following his arrival, this fan particularly critical of his efforts….

Anderson is so shite he hasn't even noticed they've spelt his name wrong on his shirt #MUFC #EFC >> pic.twitter.com/DNrwYsKI

One of the world’s leading holding midfielders throughout his illustrious career, the Argentine joined Beckham in seeing the letter ‘H’ go AWOL from his name whilst at Liverpool.

The Austrian will not be remembered too fondly by most West Ham fans following his antics during his time at the club.

The latest addition to his line-up of kit calamities, the Chelsea midfielder sporting ‘Jorghino’ on his shirt for the Super Cup clash.

You had one job kit man, one job…

Chelsea's kit staff left red-faced after Jorginho's name is spelt wrongly on the back of his shirt https://t.co/x5LgsqEFru pic.twitter.com/Mul0L3q71h