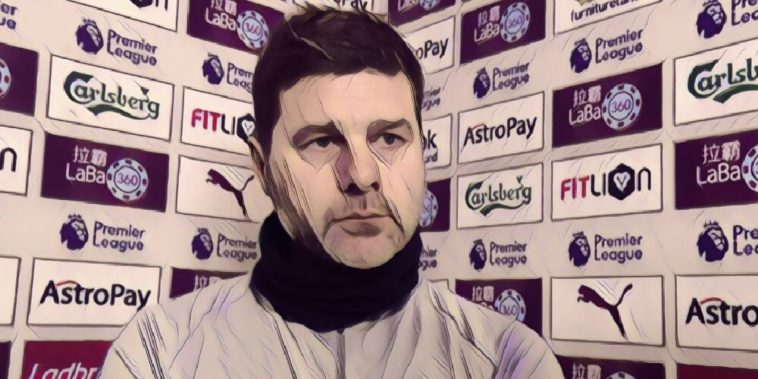 Mauricio Pochettino was left disappointed after watching his Spurs side slip to a 2-1 defeat against a resurgent Burnley.

After a goalless first half, Burnley took the lead through Chris Wood on 57 minutes, before the returning Harry Kane scored his 15th league goal of the season to bring the scores level just eight minutes later.

While many were wondering if Spurs could go on and grab the win that would move them within two points of Premier League leaders Man City, it would be the Clarets who would steal the win, with Ashley Barnes tucking home a scuffed Johann Berg Gudmundsson strike with just seven minutes to play.

Having described the game as a ‘cup final’ before the game, Mauricio Pochettino admitted that he was left disappointed not to have taken all three points away from Turf Moor.

“It was tough and we’re disappointed, upset,” he told Sky Sports.

“I thought we controlled the game but it wasn’t enough and we conceded two goals, so it’s very disappointing.”

Pochettino was involved in ugly scenes following the full-time whistle, confronting match referee Mike Dean, and speaking about that particular incident, the Argentine said that he only reacted so angrily because of the importance to the game on his sides title hopes.

“It was a game for us, so important, I believed before the game it was going to be decisive if you’re going to fight for the Premier League at the end of the season,” he said.

“It’s not normal how I behaved, but I knew very well that if we lost it was going to be difficult to be a real contender.”

A Liverpool win at Old Trafford tomorrow would leave Tottenham eight points off the top of the Premier League table, with just 11 games left to play.