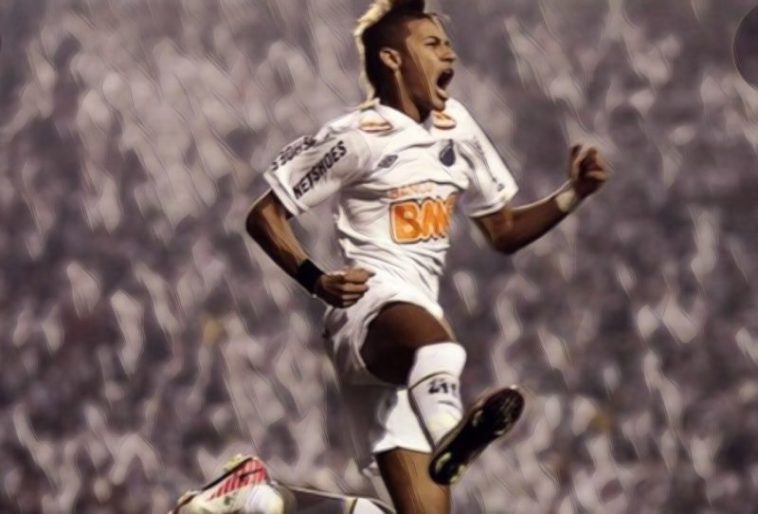 The two biggest club competitions on their respective continents, the Copa Libertadores and the UEFA Champions League pit together the finest sides from South America and Europe respectively.

Each trophy is a hugely prestigious one to lift for successful sides and players alike, but only a handful of footballers have been fortunate enough to win both prizes.

We’ve decided to look back at every player to win both the Copa Libertadores and the Champions League, and rate each of the exclusive group.

The former Brazilian international would establish himself as a penalty-saving expert and amongst the world’s finest goalkeepers during a decade long spell in Italy with AC Milan, having emerged as one of the best shot-stoppers in South America during his early career.

Dida would taste Copa Libertadores success with Cruzeiro, before heading to Europe and winning two Champions League titles during a length career at the San Siro.

The first of those trophies would see Dida emerge as the hero during a penalty shoot-out victory over Juventus in the 2003 final, the goalkeeper saving three spot-kicks to secure Europe’s biggest prize for the Milan side.

During that time he would also help Brazil to World Cup glory in 2002, in a trophy-laden career for club and country that saw him inducted into the AC Milan Hall of Fame.

One of Brazilian football’s greatest ever players and regarded by many as the best right-back of all-time, Cafu would enjoy a brilliant career for club and country and help revolutionise the role of a full-back.

Cafu would begin his career with Sao Paulo where he would win back-to-back Copa Libertadores in 1992 and 1993, later enjoying spells at Real Zaragoza, Palmeiras and Roma before joining AC Milan in 2003.

Alongside international teammate Dida at the San Siro, Cafu would win a host of major honours including the Champions League in 2007, the Italian side defeating Liverpool in the final in Athens.

At international level no player has ever been capped more for the Selecao, Cafu appearing in three consecutive World Cup finals in 1994, 1998 and 2002, lifting the trophy as captain in the latter tournament.

The Argentine was an unmistakable on-field presence during a decent and lengthy career in European football, taking in spells at the likes of Juventus, Barcelona and Villarreal, though he played a fairly bit-part role in each of his continental triumphs.

Having been signed by Juventus in 1995 as a teenager from Argentinos Juniors he would struggle to adapt in Italy, making just a handful of appearances before returning to South America with River Plate mid-way through his first Serie A season.

The Turin side would go on to win the Champions League that season, handing Sorin a winner’s medal, whilst he would win the Copa Libertadores in the same campaign as River Plate beat Colombians América de Cali in the 1996 final.

Sorin would play the first leg before being dropped for the second final fixture, a Hernan Crespo double sealing a 2-1 aggregate success for the Buenos Aires side.

The Brazilian World Cup winning defender endured a torrid time in English football, a nightmare loan period at Leeds United that saw him sent off on his debut and the Whites concede a huge 24 times in his seven appearances.

Prior to that the centre-back enjoyed a successful career, winning both South America and Europe’s biggest prizes during spells at Palmeiras and AC Milan.

Love him or loathe him, Carlos Tevez has made some impression during a lengthy and controversial career at the highest level.

Forgetting the third-party ownerships, cross-city transfers and sulking golf holidays, it should be remembered that Tevez was quite some player.

Emerging as a star of South American football at boyhood club Boca Juniors, Tevez would fire the Buenos Aires side to the Copa Libertadores in 2003, scoring five times in the tournament including the final against Brazilian side Santos.

He conquered Europe as part of a formidable Manchester United side five years later, scoring in the penalty shoot-out victory as Sir Alex Ferguson’s side beat Chelsea in the first ever all-English final in Moscow.

A tenacious forward whose approach was loved by his own supporters, Tevez is now in his third spell at Boca where he will seek to add to his extensive list of honours.

A no-nonsense defender, the tough tackling Samuel will be remembered as a fierce competitor following spells at the likes of Boca Juniors, Roma and Inter Milan.

The Argentine centre-back lifted the Copa Libertadores during his spell at the former in 2000, a Boca side also containing the likes of Juan Roman Riquelme triumphing in a penalty shoot-out over Brazilian side Palmeiras.

Moves to Roma and Real Madrid followed, but it was at Inter Milan where Samuel would enjoy his greatest success.

The defender won five league titles during a nine year stay at the club, whilst he would lift the Champions League under Jose Mourinho in 2010 as part of Italian football’s first ever continental treble.

Recognised as a South American ‘hard-man’, Samuel was a reliable defender for some of the game’s biggest clubs.

A rarity on this list, in the fact that the iconic Ronaldinho conquered Europe before returning home to South America to do likewise.

The buck-toothed Brazilian enjoyed a brilliant but brief spell as the world’s finest player, proving the catalyst that saw Barcelona remerge as a genuine force in European football.

Named as the FIFA World Player of the Year in 2005 and 2006, he inspired the Catalan side to a first European Cup in over a decade in the latter of those campaigns, the La Liga giants defeating Arsenal in the final in Paris.

His samba swagger would continue to delight football fans worldwide, though his reign at the top was short and following a spell at AC Milan he returned to South America.

Reinvigorated at Atletico Mineiro, he led the club to a maiden Copa Libertadores title, scoring four goals and providing seven assists on a memorable run that saw the Brazilian side recover two-goal deficits in both the semi-final and final.

The success added an all-time great to his particular list, who for some of a certain generation, was perhaps the very best at his peak.

One of a long line of players labelled as the ‘next Pele’, Neymar was tipped for the top from a young age after bursting onto the scene as a precocious teenager at Santos.

South America’s brightest young talent would become the figurehead for the Brazilian side with his entertaining and swashbuckling style, leading the club to the final of the Copa Libertadores in 2011.

The youngster would make a crucial difference, scoring in the final victory over Uruguay’s Peñarol, securing Santos’ first victory in the competition since 1963 before joining Barcelona in 2013.

His move to Spain would see him form a potent forward line alongside Lionel Messi and Luis Suarez, the trio helping fire the Catalan side to a continental treble in 2015.

Neymar would ultimately leave for Paris Saint-Germain in a world-record deal two years later, where he will be hoping to once again get his hands on Europe’s biggest prize.

Having helped Santos to the Copa Libertadores alongside Neymar in 2011, Brazilian full-back Danilo made the switch to European football with Porto, where he impressed sufficiently to attract the interest of Real Madrid.

During his time in the Spanish capital he won back-to-back Champions League titles in 2016 and 2017, though he only featured as a second-half substitute in the former before failing to get off the bench for the latter victory over Juventus.

A bit-part player during his time in Europe with Real Madrid and Manchester City, he is currently at Italian champions Juventus where he will be seeking further European success.

The newest member to join this list, veteran full-back Rafinha followed in the footsteps of Ronaldinho in conquering Europe before heading back to earn continental success in South America.

The Brazilian international would enjoy a hugely successful career in German football, firstly at Schalke before winning seven consecutive Bundesliga titles at Bayern Munich. It would be in Bavaria where he would taste Champions League success, part of the side which won a continental treble in 2013, though he was not part of the squad for the final victory over Borussia Dortmund.

His advancing years and increased competition saw him return to Brazil with Flamengo this past summer, playing the entirety of the final as the club secured a dramatic victory over River Plate, scoring twice in the final two minutes to snatch a stunning victory last weekend.

Read: Rating the six players with the most Champions League hat-tricks