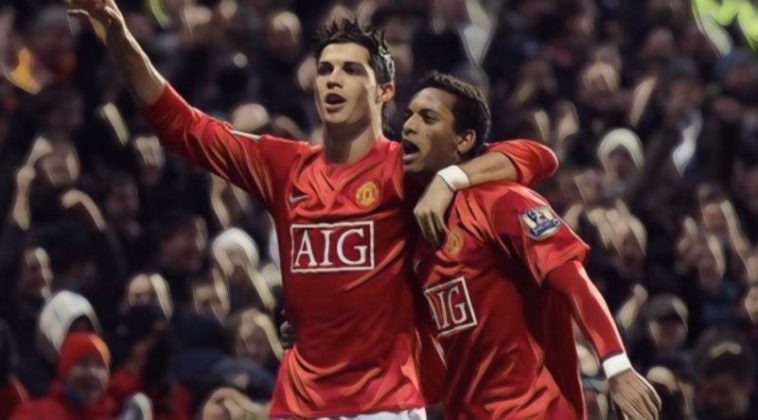 Throughout the Premier League era United have secured several additions from Portugal’s top flight, though it is fair to say the club have certainly enjoyed a mixed bag when it comes to their success.

We’ve decided to look back at each of the club’s previous signings, here are our ratings of the seven players to move from Portuguese football to Manchester United…

One of the best signings in the club’s history, United would secure the services of the talented teenager following a hugely impressive performance by the winger in a friendly meeting between the two sides.

Manchester United’s senior players had urged Sir Alex Ferguson to make the signing after being left awe-struck by the young Ronaldo’s talents, the club eventually sealing the signing of the 18-year-old for a fee of £12.24m.

Ronaldo would develop from his early ‘show-pony’ persona into one of world football’s biggest talents, winning the FA Cup in his first season and helping the club to three consecutive Premier League titles between 2007 and 2009.

The middle of those title-winning seasons would also see Ronaldo inspire United to Champions League success, the Portuguese superstar scoring 42 goals in all competitions and thriving in a potent forward line alongside Wayne Rooney and Carlos Tevez.

Named as the recipient of the Ballon d’Or for the first time that year, Ronaldo would score 118 goals in 298 appearances during his six-season stay at Old Trafford, joining Real Madrid and later Juventus where he has continued to reach new heights – including winning a further four Ballon d’Or trophies and becoming the greatest goalscorer in both the history of Madrid and the Champions League.

Another fleet-footed winger signed from Sporting, Nani would bring a certain amount of x-factor during a trophy-laden spell at the club, his mercurial talents marking him out as somewhat of a cult hero amongst the Old Trafford faithful.

Possessing a repertoire of tricks, flicks and dazzling feet, Nani would excite crowds but struggled to find consistency for much of his time in England, despite possessing a highlight reel few can match.

With his trademark back-flip celebration in tow, Nani would produce some electric performances and prove a nightmare for full-backs when at his very best – being named in the PFA Team of the Year during the club’s 2010/11 title-winning season.

He would score 25 goals in 147 appearances throughout his eight seasons in the Premier League, departing having won four league titles, two League Cups and the Champions League amongst an extensive collection of silverware.

Far from a bad medal haul by any measure.

A player who never quite lived up to his potential, despite some promising performances during his time in English football.

The Brazilian would arrive at Old Trafford from Porto in the same summer as Nani’s move from Sporting, United securing the signing of two of the Portuguese league’s most promising talents in one window.

His reputation as one of the most talented young midfielders in world football would remain during a promising debut season in United red, Anderson making 38 appearances for the club in all competitions as Sir Alex Ferguson’s side won a Premier League and Champions League double – the 20-year-old coming on to score a penalty in the shoot-out success over Chelsea in the final of the latter.

Named as the winner of the Golden Boy award that same year, Anderson’s showmanship and technical ability delighted fans, whilst he also possessed the power and dynamism to drive forwards from midfield.

After two seasons at the club niggling injuries would begin to hinder his progress, whilst questions over his dedication were also raised as he struggled to return to full fitness.

He would remain a United player for eight seasons but would ultimately fail to reach the heights once predicted, though a successful stay saw him earn a wealth of silverware, including four league titles, the League Cup and the Champions League.

The most bizarre signing in Manchester United history?

A transfer who no one seemingly wanted to take responsibility for, Bebe would remarkably move from living in an orphanage outside of Lisbon to being paraded as a Manchester United player – all in the space of just two months.

Sir Alex Ferguson would make the cardinal sin of signing the Portuguese forward having never seen him play, upon the reported recommendation of assistant Carlos Queiroz and a series of highlight reel clips.

Bebe had just one season of professional football behind him prior to that remarkable move to Manchester, the youngster quickly taken under the wing of the aforementioned Anderson as he adapted to life in a foreign country.

The £7.4m move would be where the Hollywood story would end, however, Bebe quickly found out of his depth and making just seven appearances despite a four-year stay on the club’s books – scoring two goals.

Shipped out on various loan spells before joining Benfica on a permanent basis, the now 29-year-old is now playing at his seventh different club since first moving to Old Trafford – plying his trade with Rayo Vallecano in Spain’s second division.

An uncompromising and fiercely competitive defender, Argentina international Rojo would follow the path previously trodden by Cristiano Ronaldo and Nani in swapping Sporting Lisbon for United in 2014.

Comfortable centrally or at left-back, Rojo would make 22 Premier League appearances during his debut season, though that would be the highest total he has managed for the club in a single season due to injuries and inconsistent form.

Despite winning the FA Cup, League Cup and Europa League during his time at the club, Rojo has largely been a squad player and failed to establish himself as a key figure, his rashness often making him a maligned figure amongst the club’s fans.

Under increased competition from the likes of Harry Maguire and Brandon Williams this season, an exit could be nearing for the combative 29-year-old in the near future.

The Swedish international would arrive from Benfica in 2017, where he had helped the Lisbon side to three Portuguese league titles during a hugely successful stay at the club.

United scouts had been left impressed by the composed defenders performances, securing his signing for a fee in the region of £30m to bolster their defensive options.

Lindelof would endure a nightmarish start to life in England, however, a series of calamitous displays soon seeing him labelled as an expensive mistake. Following a bedding in period his performances would begin to improve, the 25-year-old amongst the club’s better performers despite a difficult season last time around.

This season has proved rather mixed for the centre-back thus far, and whilst a competent defender at his best the jury remains out if he is of the standard required to get United back amongst Europe’s elite.

United’s most recent acquisition from Portuguese football, Dalot would arrive from Porto in 2018 and be described by Jose Mourinho as the best young full-back in Europe, the former United boss believing his compatriot could be a fixture at right-back for the next decade at Old Trafford.

Despite showing some initial promise, particularly as an attacking threat, it has proven to be a difficult adaptation for Dalot thus far, the youngster suffering a succession of injury problems and seeing his impact restricted.

Now under increased competition from £50m summer signing Aaron Wan-Bissaka, it remains to be seen whether Dalot can fight his way back into first-team contention. His impact has been limited as a Manchester United player so far, but time is on the 20-year-old’s side to develop into a valuable member of the senior squad.