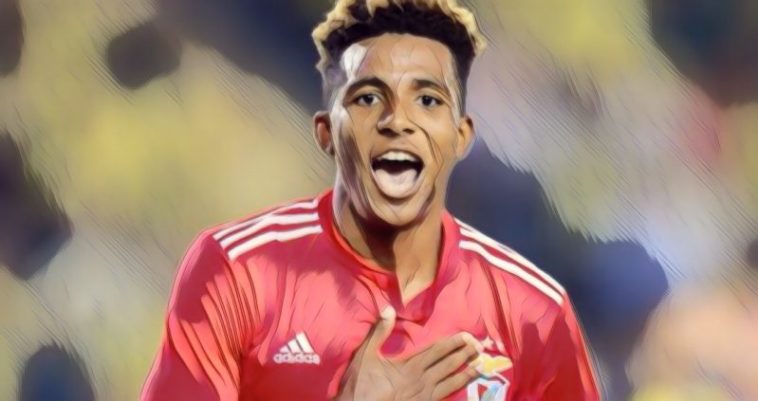 While Spurs remain in pursuit of a striker, they have already moved to sign 21-year-old Gedson Fernandes from Benfica on an eighteen-month loan with an option to buy. The Portuguese midfielder is considered a prodigious talent and will be an intriguing player to monitor throughout the next couple of seasons.

Aside from the use of a back three due to injury, Jose Mourinho has consistently set his team up in a 4-2-3-1. This system entails a crucial and specific role for the midfield pivot. One screening defensive midfielder plays alongside a more creative player who is tasked with instigating the team’s counter-attacks – either through long passes or ball-carrying – and allowing the team to unlock deeper sitting defences while still maintaining defensive and positional discipline.

Tottenham’s priority should be signing a player for the holding role. Eric Dier is not necessarily a suitable option, Victor Wanyama is set to leave the club, Harry Winks is a steady passer but can be suspect defensively, and Moussa Sissoko can perform the role but is more of a box-to-box midfielder and can be prone to lapses in concentration. Fernandes wouldn’t necessarily fit the profile of a number six either, but he provides them with added cover in the midfield area and further up the pitch if necessary.

While he has barely featured for Benfica this campaign, Fernandes played 1045 minutes in the Liga Nos last season in what was his first sustained period of senior football. Under manager Bruno Lage, he played as a central midfielder in a possession-based, attacking 4-4-2, where he was given license to try and bypass the opposition defensive block through penetrative passes and ball-carrying.

The Portugal international attempted 1.55 dribbles per 90 with a 58% success rate and made 1.57 progressive runs per game, illustrating his dynamism with the ball and attack-oriented role. He also made 1.67 attempted long balls per 90 with 60% accuracy, something that would suit Mourinho’s direct style of play. Defensively, Fernandes makes 1.3 tackles per 90 and wins 52% of his duels, showing that he is defensively solid but not stellar.

Gedson Fernandes gets to work under Jose Mourinho ⚪️ pic.twitter.com/ZRkRYhG2OE

These statistics are promising, but drawing conclusions from them to determine the type of player Fernandes is and what he can offer Spurs is difficult due to his lack of experience. He’s played less than 50 games at senior level and although it is clear that he is a capable dribbler, a willing defender, and has an impressive range of passing, these are individual characteristics that have not culminated into a clear playing style as of yet.

He has not cemented a role as a box-to-box midfielder, deep-lying playmaker, number ten, or number eight. At present, he is essentially just a set of attributes.

One can see him fitting well in the double pivot alongside a defensive midfielder, but Mourinho will ultimately have to mould Fernandes into the player he wants him to be. Fernandes will also have to quickly adapt to a different culture and the increased scrutiny that comes with being in the Premier League for the first time in his young career. Such realities are often ignored when considering transfers, but they present a significant challenge for the player and can be hugely influential on a player’s performance.

It this sense, signing Fernandes seems somewhat of a strange decision because he is neither an immediate solution nor a long-term investment – given that he is on loan. However, Mourinho has made a similar type of transfer from Lig NOS in his recent past.

In the summer before he got sacked at Manchester United, Mourinho purchased Diogo Dalot from FC Porto, a player who also had limited first-team minutes but showed a few eye-catching qualities and promising potential. He took time to break into the first team, but Dalot was able to physically, emotionally, and technically adapt to Premier League football relatively quickly despite his lack of experience or game time.

Injuries and the purchase of Aaron Wan-Bissaka have somewhat stunted his development, but he has performed reasonably well and proved to be a worthwhile gamble.

Mourinho will hope that in Fernandes, he can have similar or greater success in transforming a raw talent into a viable Premier League player. His ball-carrying ability and long-range passing should allow him to adapt to Mourinho’s tactics more easily and Tottenham’s injury crisis should enable him to receive minutes.

In the short-term, Fernandes can be a serviceable squad player. What he can become at Spurs is yet to be seen.