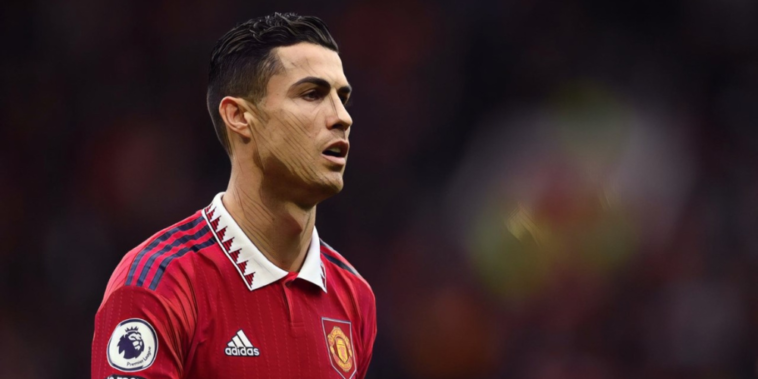 After much fanfare when he returned to English football, Cristiano Ronaldo has departed Manchester United after his contract was terminated by mutual consent.

While little could tarnish his contributions to the club in his first stint, his second tenure has been nothing short of a calamity. He leaves with many United fans eager to sweep away a glittering icon of their past, one who became persona non grata at the onset of their promising future.

It was clear that when he joined the club, United needed a centre-forward. With Edinson Cavani departing the club on a free transfer last summer and Mason Greenwood suspended from the first-team squad, that need became even more pressing when Erik Ten Hag took over.

Marcus Rashford has played in the position but his strengths are maximised elsewhere, while Anthony Martial impressed in the role in pre-season and has for periods this term, but has struggled for fitness. Ronaldo has been United’s most consistent option as a striker, but has woefully underperformed because he doesn’t seem capable of fulfilling the profile of line leader Ten Hag requires.

United need their centre-forward to be a box presence, someone who can occupy central defenders and pose as a focal point for attacks in the final third. In earlier phases of possession, they need to be able to receive the ball with their back to goal and link play, not as a creative presence, but instead as a facilitator of basic ball movement. Out of possession, they need to be capable of leading a press and understand when and where to position themselves when the opposition is trying to build.

Ronaldo failed United on each of these fronts. During his career, he has been used to playing as either a wide forward or in a front two, but never as a central striker. His game was about fluidity, picking up space wherever he could find it and using his blistering pace, dribbling, and power to influence the game. His goalscoring was predicated on either generating shots himself off the dribble, or running onto through-balls and crosses, rather than remaining in the box for extended periods of the game.

It’s clear to any observer of the game that at 37 years of age, Ronaldo doesn’t possess the same technical ability anymore. Yet he has done little to adjust his game in light of that. His movements both on and off the ball remain largely the same, and he doesn’t seem willing to consistently occupy the space between centre-backs and play on the last line of the opposition defence.

Even though he remains a gifted header of the ball, he’s not used to using his physicality and strength to match up against centre-backs and operate as a true number nine. Whether it’s Karim Benzema at Real Madrid, Andre Silva for Portugal, or Mario Mandzukic and Alvaro Morata at Juventus, Ronaldo is usually partnered by a genuine striker who can maintain that kind of presence. As such, for United he tried to either drift wide to receive the ball in an isolated area or drop deep.

The problems with this were two-fold. First, by not having a player occupying defenders in the box, the opposition backline could push higher and squeeze the space in between the lines. Second, with Ronaldo dropping deep, United become congested in the middle as players such as Bruno Fernandes, Christian Eriksen, and Jadon Sancho become clustered and negate each other’s effectiveness by denying each other the space to flourish. In the past, managers and players were right to accommodate Ronaldo’s tendency to drift because of the value he brought in possession. For United, it broke down their attacking structure and stymied their chance creation.

Cristiano Ronaldo is to leave Manchester United by mutual agreement, with immediate effect.

The club thanks him for his immense contribution across two spells at Old Trafford.#MUFC

This was accentuated by Ronaldo’s weaknesses in linking play. He has a tendency to be too direct when playing with his back to goal, trying to immediately find a flick on or a quick angled pass to a teammate rather than receiving possession and turning on the ball to face the opposition goal. This is one of the major advantages Martial brings as a number nine in comparison to the Portugal captain, as seen in United’s most recent Premier League game.

In the build-up to the first goal of their 2-1 victory over Fulham, the ball is fed into Martial when his back is facing goal. He collects the ball, moves into the space ahead of him, and then turns on the ball to drive at the backline. Eventually, he is joined by Bruno Fernandes who he feeds with a forward pass which leads to Eriksen’s goal. It’s a seemingly simple act by Martial, and yet Ronaldo rarely, if ever, does the same thing. His reticence to turn on the ball, whether in transition such as Martial against Fulham or in more congested areas, makes it hard for United to sustain attacks or build counter-attacks with Ronaldo as a focal point. He tries to make things happen too quickly instead of waiting to turn on the ball, pin the opposition backline, and feed supporting attacks.

These are some of the reasons Ronaldo maintained many critics among the United fanbase despite scoring 24 goals last season. It is was always going to be unsustainable for him to maintain that production, or for United to become a viable attacking unit with him in the squad because his presence in the team broke down United’s modes of chance creation. There wasn’t a consistent method of scoring with Ronaldo: fans simply had to hope a chance would fall to him and he would score it.

This year, Ronaldo’s finishing has also fallen off significantly. He seems to take longer to get his feet set before a shot, limiting the quickness of his strikes when trying to score. He also struggles to generate his own shots off the dribble, forcing him to take them from further away where he is under less defensive pressure. It’s another sign of his decline and a further reason why he has increasingly become a detriment, rather than a boon, to United’s attacking play.

All this merely considers Ronaldo’s on-field issues. It neglects his his comments against Erik ten Hag, his refusal to come on as a substitute against Tottenham Hotspur, and the shift he brought in United’s dressing room. Under Solskjaer, while it’s hard to argue they were particularly well-coached, the players were at least likeable. There was a sense of a genuine cohesion and harmony in the squad with young, ambitious players trying to restore the club to its former glories. Ronaldo shattered that atmosphere. His obsessive hunger for winning as much as quickly as possible, his egotism, his unwillingness to compromise his game — once his defining strengths — reversed as debilitating weaknesses when his contribution could no longer satisfy his ambition.

Twenty four goals is the number he and his numerous fans will continue to laud, but at what cost did United gain for that output? In possession, out of possession, and as a dressing room, United undoubtedly suffered when Cristiano Ronaldo returned to the club. Manchester United are unarguably a better team for his absence.