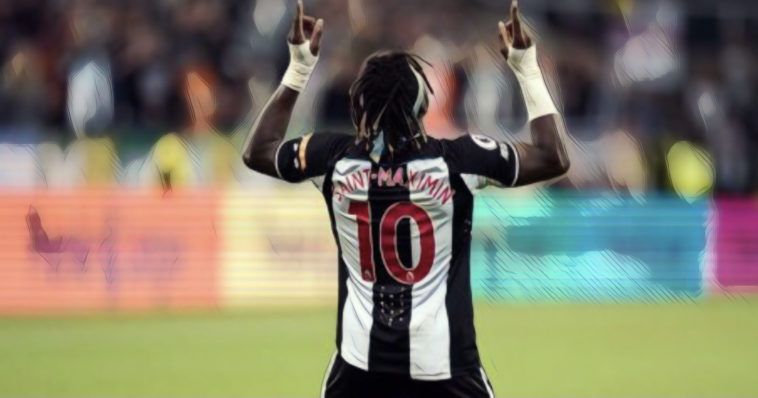 An era of change has began at Newcastle United. After some eighteen months of tedious negotiations, the consortium led by the Public Investment Fund of Saudi Arabia has been cleared to purchase Newcastle United from Mike Ashley.

With the club’s new ownership has come a slew of merited controversy, but it will also bring a seismic level of investment in the club’s infrastructure and squad that could restore Newcastle to being one of the giants of English football.

With the club sitting in 19th place in the table, Steve Bruce’s sacking imminent and the departure of several of his players will surely follow. Yet there remain some truly talented players in the Newcastle team who should remain.

Joe Willock is a talented young player who has shone for the Magpies since his arrival, Callum Wilson is a reliable top-flight goal-scorer, and Jonjoe Shelvey remains an effective deep-lying creator from midfield. The crown jewel of the squad, though, who could be a central component of their future success is undoubtedly Allan Saint-Maximin.

Saint-Maximin was deployed as a left wide midfielder in Bruce’s 4-4-1-1 or 5-4-1. Given that Newcastle sat quite deep and committed almost all their men to forming a resolute defensive block, the Frenchman’s ball-carrying was their main means of progressing the ball into the final third.

While this strategy isn’t particularly well-structured or sophisticated, Saint-Maximin’s playing style enables it to be reasonably effective. According to FBRef, he attempts 6.67 dribbles per 90 at a success rate of 67.8%, placing him in the 99th and 92nd percentile among other forwards in Europe’s top five-leagues.

Who else is looking forward to seeing @asaintmaximin back in action after the international break?🤩 #NUFC @TynechemS pic.twitter.com/2tA1lPEqcC

It’s not an exaggeration to say he’s among the best ball-carriers in Europe. That’s not just because of his ability to beat players: Saint-maximin excels at carrying the ball over long distances. His progressive carrying distance (total distance a player moves the ball toward the opposition goal while dribbling) of 170.61 yards per 90 reflects his dribbling is for more than the highlight reels. It’s a consistent way for Newcastle to quickly move up the pitch.

Part of the reason Saint-Maximin is so effective at this type of dribbling is his speed with the ball. When we discuss the quickness of most players, we tend to analyze their movement without the ball. What’s noteworthy about the former Nice man’s speed, though, is how he can breeze past players while running with the ball at his feet. It means he can cover large distances incredibly quickly while he’s dribbling.

His balance combined with his short, frequent touches of the ball also mean he can easily change direction while carrying the ball, making him incredibly difficult for opposition defenders to stop. This is why it’s common for him to actively run into congested regions of the pitch — he trusts his close control enough to keep the ball amidst opposition challenges. That faith in his own abilities can lead him to losing possession frequently, but it also makes him unpredictable and a menace to defend.

Saint-Maximin also prefers to receive the ball at feet and then carry it as opposed to running into space. Because his starting position is so deep for Newcastle, this means he can easily receive the ball from defenders or collect loose balls from blocks and clearances to drive with the ball himself. If he wanted to attack space, it would be contingent on the defenders’ ability to find him with long, risky passes over the top. The Frenchman’s ability to receive, turn, and carry gives the Magpies a more reliable way of moving into the final third.

Something that’s Saint-Maximin has improved this season is his final product. He recorded just three goals and four assists in each of his first two seasons in English football, but this year, he already has two goals and three assists.

Much of this is because rather than being used in a deeper role in a flat midfield four, he’s been used as a second striker in a 5-3-2. While he still has the license to drop deep to collect the ball at feet and dribble, he’s given more license to be in dangerous attacking areas and is also in closer proximity to another forward.

As such, his passing repertoire has been shown more. His execution can be erratic, but he releases his passes quickly and targets good areas with his crosses. Saint-Maximin is particularly good at driving towards the left byline and then cutting back towards the penalty spot, a tendency that the likes of Wilson and Willock have thrived from.

In Saint-Maximin, Newcastle have an explosive, exciting, and effective dribbler and creative presence who will continue to galvanize fans in the club’s new era. If he plays under a coach who gives him the positional freedom to drop deep and drive with the ball but also gives him more support in the final third, he could be a vital component to their team in the future. He’s also still 24 and could continue to improve under the correct guidance. Despite their impending squad overhaul, Allan-Saint Maximin deserves to be a key player for Newcastle United.