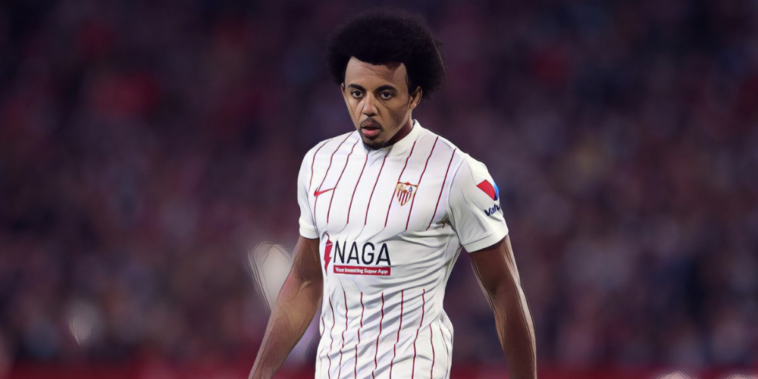 At the start of the summer, Chelsea’s defense was in clear need of reworking. Antonio Rudiger and Andres Christensen both left on free transfers to Real Madrid and Barcelona respectively, while Cesar Azpilicueta may leave in due course as well. Levi Colwill’s return from loan represents an intriguing option for Thomas Tuchel’s centre-backs, but the German will undoubtedly wish for more experienced options, especially given the absence of the talismanic and charismatic Rudiger.

Kalidou Koulibaly has been recruited from Napoli, presumably to be a starting option either as the central player in back three or as a left-sided centre-back in a back four. For the right side, Sevilla’s Jules Kounde appears to be the Blues’ preferred option.

Alongside now-Aston Villa centre halve Diego Carlos, Kounde formed among the most formidable defensive partnerships in La Liga under the auspices of Julen Lopeteugi. The Spaniard’s 4-2-3-1 and 4-3-3 are both predicated on controlling possession with quick, short passing and progression of the ball methodically through the thirds. Often their best form of defense, Sevilla are superb at retaining possession and working the right opportunity to create chances. Defensively, they defend with an aggressive counter-press or otherwise opt for a compact, relatively aggressive mid-block.

Kounde was a superb fit for this system, possessing the requisite technical traits in possession and defensive proactiveness to make such a defensive posture work. He carries the ball at an elite level, with his 1.26 carries into the final third and 0.08 carries into the penalty area both within or above the 90th percentile.

His skill and quickness is uncanny for a centre-half, and he’s able to maraud well into the opposition final third to make an impact in possession. His 0.81 progressive passes received is unusually high for his position, suggesting that Kounde takes up aggressive positions in possession to use his ball-carrying in more dangerous areas. More than simply progressing the ball through the first line of opposition pressure, the Frenchman is comfortable affecting multiple aspects of play.

His penetrative passing is also useful, though less of a threat than his dribbling. Kounde’s versatility in passing, though, is a useful asset. Rather than always seeking to be proactive in possession, he is happy to circulate the ball and keep it out of opposition pressure. While this can be seen as a function of Lopeteugi’s instruction to be patient in possession, it’s also a reflection of his comfort with regularly showing for and retaining the ball.

Defensively, Kounde is aggressive and is an eager tackler. He pushes high up the pitch to engage in defensive challenges and mark opposition men tightly. This is partly a function of his aggressive positioning in possession and also a reflection of the trust he places in his athleticism and ability to cover the space in behind. What he lacks for in height at 5’10” he more than makes up for in speed, agility, and aggression.

Kounde would be a perfect fit for one of the outer center back roles in Tuchel’s 3-4-3 or as a right-sided centre-back in a 4-3-3. Having been used as a right-back before and given his aggressive style, he can bring a similar type of aggression to Antonio Rudiger, albeit with less physical edge and more technical finesse.

He’ll bring an added dimension of thrust to Chelsea’s possession with his ball-carrying, and despite his smallish stature making him an outlier for Premier League centre-backs, the presence of Koulibaly and Chelsea’s total dominance of the ball in most games should mitigate such issues.

Barcelona are also hot on the chase for Kounde, though given their financial constraints and abundance of centre-back options, Chelsea seems the ideal fit for him. Adding him to the squad will go a long way in making up for their defensive losses and enabling Tuchel to build a title contending team.