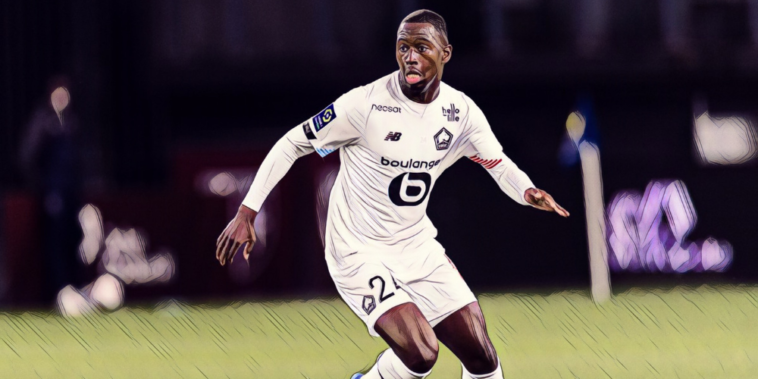 Champions League football still eludes Leicester City, but that shouldn’t diminish their exceptional rise under Brendan Rodgers’ management. The FA Cup now serves as a tangible reward for their development, a reminder that they are fast becoming a regular in the European places.

To cement that position, though, Leicester will need to be canny in their recruitment. They still lack the financial backing of the traditional top six, so to retain their position they must add to their squad astutely.

In previous years, the Foxes routinely unearthed undervalued talents like Jamie Vardy, Ngolo Kante, and Riyad Mahrez. While they have continued to do this with players such as James Justin and Wesley Fofana, they are now at a level where they can aim for players who are more established and less of a risk. In that context, their rumoured acquisition of Boubakary Soumare from Lille makes sense.

Lille stunned the footballing world by winning Ligue 1, and Soumare was crucial to that success. Playing as a central midfielder in Christoph Galtier’s 4-4-2, the 22-year-old screened the back four in defence and then helped progress the ball forwards from defence to attack.

Soumare is particularly excellent at progressing the ball. He plays with an air of composure and control, a valuable intangible quality that gives his team a sense of calm when in possession even when under pressure. His physique and 6’2″ frame also mean he can protect the ball well, especially when carrying it. Soumare makes 5.97 progressive carries per 90, putting him well above-average for his position.

In terms of ball progression, though, it’s his passing that really stands out. He makes 6.63 progressive passes (passes that move the ball towards the opposition goal at least 10 yards) per 90 and 8.19 passes into the final third per 90, ranking him in the 92nd and 96th percentile respectively among central midfielders in Europe’s top five leagues.

Soumare has an excellent passing range, often switching the play from left to right with long, sweeping, diagonal balls. He also is capable of disguising his passes well, angling his body to make it appear he’s passing laterally or backwards before wrapping his foot around the ball to curl it forwards. He’s confident, elegant, and has the technical quality to give substance to the aesthetics.

One issue with his passing is that he has a tendency to dwell on the ball, especially when circulating it with shorter passes. He only completes 88.4% of passes between 5 and 15 yards, well below average for his position, which is mainly because his dawdling can attract opposition pressure.

In the Premier League, where teams tend to press more assertively than in Ligue 1, Soumare may be exposed for this shortcoming more often. However, it’s an extremely coachable aspect of passing. The other traits he shows — the vision and ability to execute penetrative, line-breaking passes into the final third consistently — are not.

Defensively, Soumare tends to rely more on his physical attributes to win duels as opposed to outstanding positional sense and reading of the game. His numbers don’t compare well with other central midfielders when it comes to tackles, defensive duels won, or pressures made, although he is slightly above average for interceptions and aerial duels won.

For Lille, his midfield partner Andre was more of a pure-ball winner, and the Frenchman will likely need to be with a similar profile of player at Leicester, such as Wilfred Ndidi. While he could improve defensively, defensive intuition and positional awareness take time to instil in a player. So in the short term, he’ll need a midfield partner to compensate for those deficiencies.

Soumare also isn’t much of a goal threat, and can’t really be described as a true box-to-box midfielder in the same way that Tomas Soucek is for West Ham. His best work is done between the boxes, moving the ball from stale possession in defence into incisive offensive football in the final third.

For the Foxes, his talent will be well utilized in Rodger’s preferred tactical scheme. He tends to shift his formation frequently, but his most commonly used setups — the 4-2-3-1 and the 3-4-1-2 — both use a midfield pivot.

For Soumare, who is not defensively adept enough to play as a sitting midfielder, nor proficient enough in the final third to play as a more advanced midfielder, this system suits him well. He’ll be best suited as an alternative to Youri Tielemans, providing a similar level of long passing and ball progression with an added physicality.

Rodgers is also adept at developing young talents, and so Soumare will likely become more versatile and complete under his tutelage. In the future, he could become an all-rounded number six who can dictate play from deep as well as protect a back four. He could also become a box-to-box midfielder capable of contributing in all phases of play.

He’s not necessarily an elite-level talent, only truly standing out as a ball progressor. Still, Boubakary Soumare is a player with promise, and would be the sort of signing that shows Leicester City’s intent to remain in the upper echelons of the Premier League for years to come.