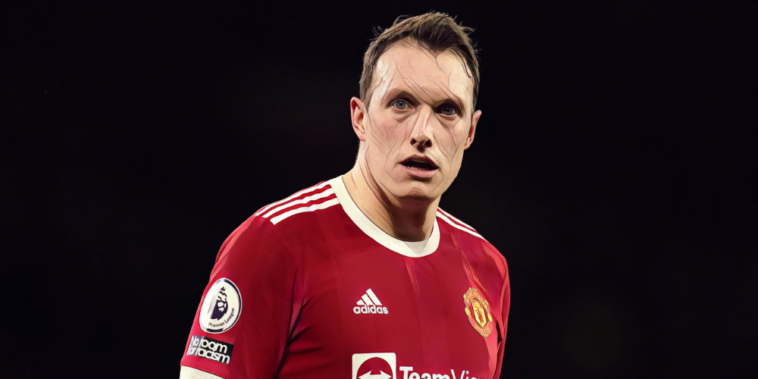 Phil Jones has rejected a loan switch to Bordeaux with the defender’s move from Manchester United having ‘collapsed’.

Jones had been expected to leave the Red Devils after 11 years with the club, having fallen down the pecking order after a period decimated with fitness issues.

The centre-back has made just one first-team appearance across the past two seasons and a deal had been agreed for the 29-year-old to sign for Bordeaux on loan for the rest of the season, but Jones is understood to have rejected the move.

Fabrizio Romano is reporting that the deal has ‘collapsed’ as things stand, with little time to resurrect a potential move before the deadline.

After agreement reached between Manchester United and Bordeaux, Phil Jones has decided to turn down this opportunity. 🚫 #MUFC

Loan deal seems to be collapsed, as things stand.

The Ligue 1 side are seeking the signing of a central defender after terminating the contract of former Arsenal defender Laurent Koscielny, having excluded the 36-year-old from their first-team squad.

Jones is reported to have turned down the chance to move to France after failing to receive assurances over his playing time and could now remain at Old Trafford with time running out to seek an exit before Monday’s transfer deadline.

The former England international side for United in a £16.5m deal from Blackburn in 2011, but has made just 166 league appearances in more than a decade with the club.

Bordeaux are expected to make a final attempt to lure Jones to Ligue 1 ahead of the transfer deadline, though Brondby’s Andreas Maxsø is an alternative.