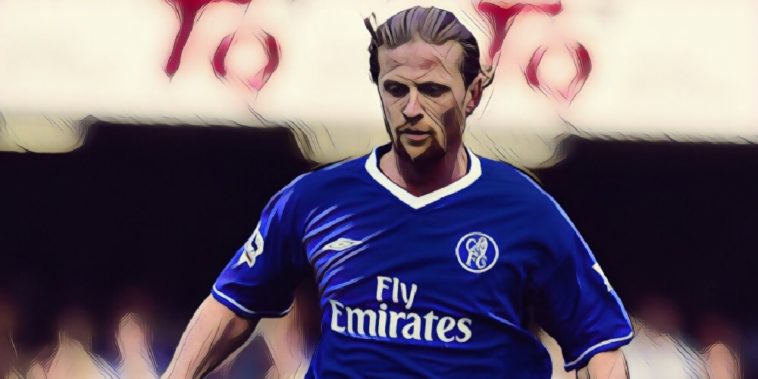 Arsenal legend Emmanuel Petit has revealed why he ended up joining Chelsea over Manchester United back in 2001.

The Frenchman moved to the Premier League in 1997, winning the League and Cup double in his first season as a Gunner, and formed a formidable midfield partnership with his compatriot Patrick Vieira.

Such was his reputation as a top midfielder, he earned himself a move to Barcelona alongside fellow Arsenal star Mark Overmars in a combined deal worth £7 million.

However, his time in Spain didn’t quite go to plan, with him suffering a number of niggling injuries and being played out of position, and he would return to England just one year later, joining Arsenal’s London rivals Chelsea.

However, he has revealed that he actually wanted to join all-conquering Manchester United who were also interested in his services, but it turns out he couldn’t turn down the charms of a certain Mr.Ranieri.

“Alex Ferguson called me, but I had a meal with Claudio Ranieri (Chelsea manager) and he charmed me. Chelsea was in London, a city I was happy in, I liked his ideas for Chelsea and I decided to go there.

“I regret not playing for United. I met Ferguson and he had an amazing team at the time. Scholes, Giggs, Keane…such a great team.

“I spoke to my wife at the time and in my heart, I wanted to go to United, but the decision was made to stay in London again. Maybe I could have made a different decision.”