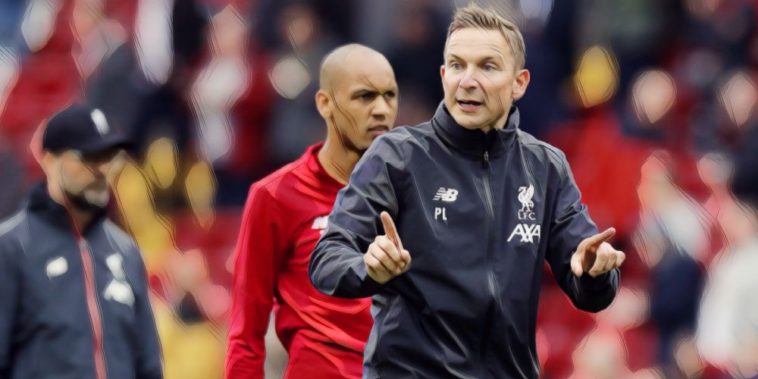 Pep Lijnders has discussed Liverpool’s ‘identity’ and explained the ‘importance of counter-pressing’ to Jurgen Klopp’s side.

The club’s assistant manager has been discussing the tactics behind the side’s rise to the elite of European football, Liverpool currently eight points clear at the top of the Premier League as they look to add further silverware to last season’s Champions League success.

Liverpool have developed a brand of football that promotes and encourages great intensity, Klopp’s reign as manager having become synonymous with their energetic, counter-pressing style.

Lijnders has been discussing the groundwork that the club’s coaching staff put in on the training field in order to implement the style, including drills where goals only count when all the players have pushed forward and crossed the halfway line in order to promote a compactness on the field and an ability to launch into a quick counter-press.

“[The drill is] Purely to stimulate the team to push up quickly and be ready to counter-press; counter-pressing is only possible when you are together at all times,” Lijnders said in an interview with The Guardian.

“People say Liverpool are good at this or at that but I always say the main thing we are good at is that we are always together.”

The Dutch coach admitted to screaming at the players during sessions in a bid to instil their tactical philosophy, adding that Liverpool’s identity is their ‘intensity’.

“The players first have to understand the importance of counter-pressing to our team,” he continued.

“They have to feel it, not with the head, but with the heart. They start the exercise with the idea to keep the ball, but in the event of losing it they have to be directly on top of things.

“When a team lose the ball in training, you will hear me, Jürgen [Klopp] or Pete [Krawietz] screaming: ‘Go! Get it back! Don’t stop!’ It’s so loud they’ll even hear that in Manchester, haha.

“They have to understand why it’s so important. That power and emotion is our game. Because our identity is intensity. That comes back in every drill. And that’s what I like about coaching: that you can stimulate certain common behaviour and create a lot by specific team training. That’s what I live for.”