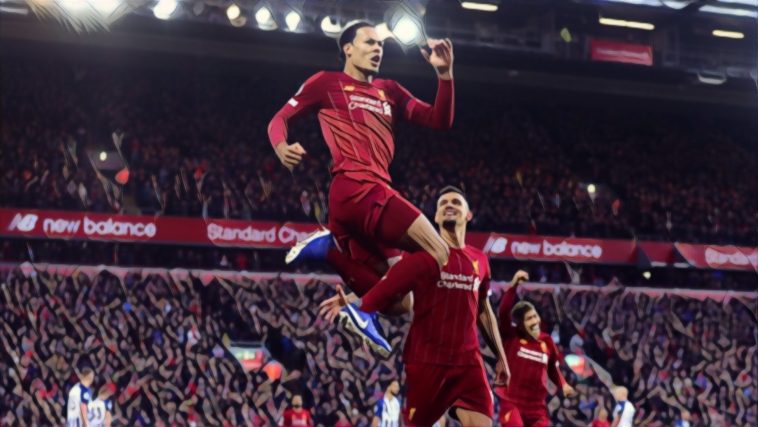 Virgil van Dijk has suggested that Liverpool could still get better over the coming months in an ominous warning to the rest of the Premier League.

Liverpool‘s 2-1 victory over Brighton on Saturday saw them maintain their eight-point advantage at the top of the Premier League this weekend, though the gap to Manchester City extended to 11 points after the defending champions dropped further points at Newcastle.

The win maintained the club’s near-perfect start to the season, a draw at Manchester United the only blemish on their league record as we head towards the festive fixture schedule.

Van Dijk, however, has played down the club’s advantage at the top and has suggested the club will take each game at a time as they look to secure an elusive league title.

“We are in a good situation points-wise but we know we can do maybe that extra 10 per cent still. We try to do it every week but it is not easy. The only thing we can do is to try. Hopefully, it will work out but the most important thing is to win games.”

Liverpool’s latest win continued their unbeaten start to the campaign but it was yet another below-par display from the club, who have developed a healthy habit of securing results when performing below their best this season.

Van Dijk, who scored both goals in the victory, has now ominously fired a warning shot to the rest of the division and insists there is still room for improvement as the Reds look to continue their title charge.

“If you look at the way we play and the quality we have, we could do a little bit better but that is something for us to have a look at,” he added.

“We will. We know we can play a little bit better than we do, but we win games and that is what it is all about.

“The good thing is that we know we can improve and will try and do it elsewhere.”

Liverpool will continue their push towards the title when they face struggling city rivals Everton in the Merseyside derby at Anfield on Wednesday night.