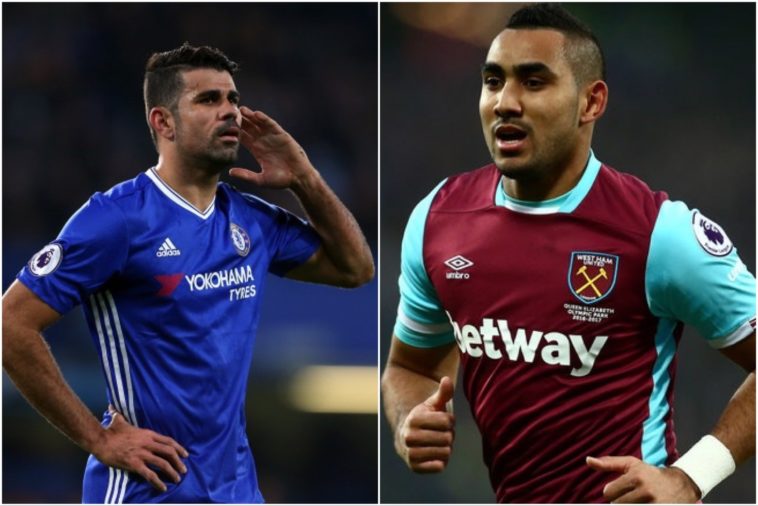 Dimitri Payet and Diego Costa have both hit the headlines for the wrong reasons this week. Is it a case of the tail wagging the dog?

As a lover of the game and a manager of staff, the behaviour of Diego Costa at Chelsea and Dimitri Payet at West Ham amazes me.

Name another career where the employee would be allowed to refuse to work without disciplinary action AND collect full pay?
Who is to blame? The players? The agents? The clubs? The FA?

The governing bodies need to look at the contracts that are in place that allow these actions to go ahead unpunished. The clubs need to educate the playing staff of what is expected of them before the players join the club.

The agents need to allow the clubs to manage the individual players.
From an early age, ever since someone realised this player had a talent, everyone surrounding him saw pound signs. No one said no to him. No one stood up to him or disciplined him.

Many years ago, clubs made a decision to scrap the apprentice scheme. Now, these prima donna footballers are spared from the cleaning of boots and collecting of training bibs – work that may have given him some grounding.

Soon after signing professional terms he arrived at training in an exclusive sports car with a £30,000 watch and the monster had been born.

Discipline needs to be put into these players at a young age. Once they turn pro, it is too late. We cannot get the cork back in the bottle.

Fast forward 5 or so years and they are the star player at their club. Add 2 litres of ego, a spoonful or fans adoration and 2 tons of agents interference, stir it well and you end up with a situation out of control like West Ham and Chelsea are currently facing.

Costa has clearly forgotten his humble beginnings as a child growing up in poverty whilst Payet forgets that West Ham salvaged his career and gave him a stage which ended up with a star role at last summer’s Euros.

We need to make radical changes to our game now. It starts at the top and we introduce the education at the beginning of the players career.