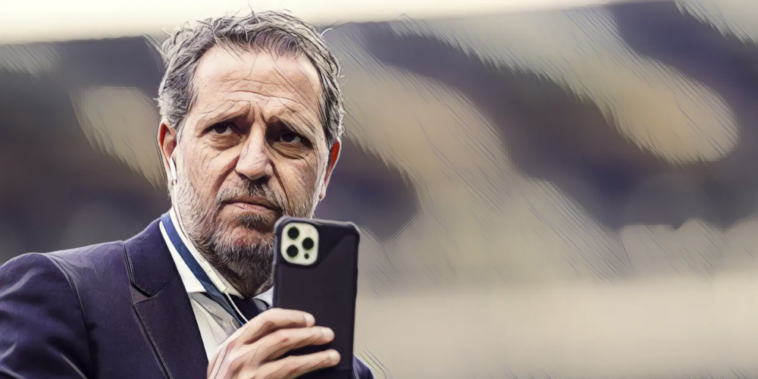 Fabio Paratici is set to stay at Tottenham as Director of Football despite a ‘long standing’ interest from Paris Saint-Germain.

PSG could part ways with sporting director Leonardo as the club look to relaunch their project next season, with the Ligue 1 side having suffered a Champions League capitulation to Real Madrid last week.

The Brazilian has come under pressure following PSG’s continued failures in European competition, despite the huge resources invested in the French capital.

PSG have been eliminated in the Champions League’s last 16 in three of the past five seasons and endured another disappointing exit despite the high-profile arrivals of Lionel Messi, Gianluigi Donnarumma, Sergio Ramos, Achraf Hakimi and Georginio Wijnaldum last summer.

The Athletic are reporting that PSG have held a long standing interest in Paratici and have previously approached the Italian regarding a move to the Parc des Princes, including as recently as last summer before the 49-year-old’s appointment at Spurs.

Paratici signed an 18-month deal in North London and is believed to be ‘enthusiastic about the project’, with the former Juventus chief enjoying a strong working relationship with Antonio Conte and chairman Daniel Levy.

Paratici previously worked alongside Conte at Juventus and spent 11 years with the Turin club before his move to the Premier League.