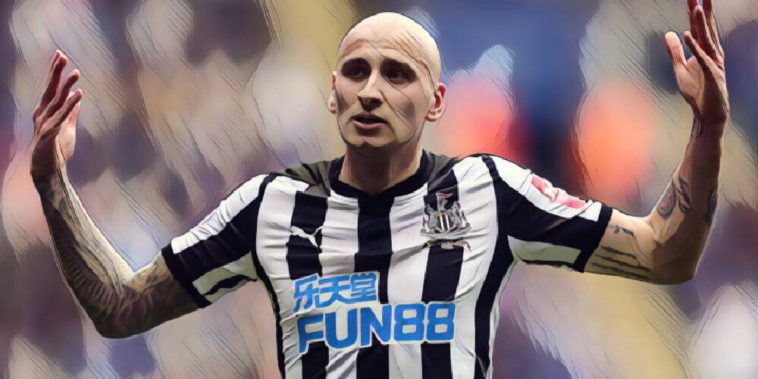 Arsenal legend Martin Keown has put his full backing behind Jonjo Shelvey being selected in this summer’s England squad after some excellent recent performances for Newcastle.

Shelvey was in fine form once again on Sunday, being the creative force for the Magpies midfield, with some calling for him to be taken to Russia for this summer’s World Cup – and speaking on Match of the Day, Keown gave his reasons why he thinks the same:

“He may have been a hot head in the past. This fella is like a golfer who can pick out the right club he needs when he needs it. If this was De Bruyne we would be out of our seats. It’s a remarkable pass!

“He’s got everything in the bag, he just lends it to people and when he needs to he puts it into danger, and creates danger with his passing.

“Why not involve him? I think he’s got that talent that we need. It’s all in there waiting to come out.

“It’s taken a long time but he’s got all the necessary tools. He wants to make things happen for his team.

When asked about whether Shelvey could fit into Gareth Southgate’s tactical plans, Keown continues to argue Shelvey’s case:

“I think if you are looking at the England team at the moment, there are a lot of very good runners.

“If you are a quarter-back type midfielder player and we’re asking if Henderson can do that, then Shelvey can do that.

“It’s interesting that they were at Liverpool together and were deemed not to be able to play in the same team.

“Maybe he could play if he sits with two midfield players and Shelvey can make those passes – but we need someone in the squad to turn to when we need some creativity.”

The 26-year-old has six caps to his name so far with his last appearance coming against France under Roy Hodgson in November 2015.