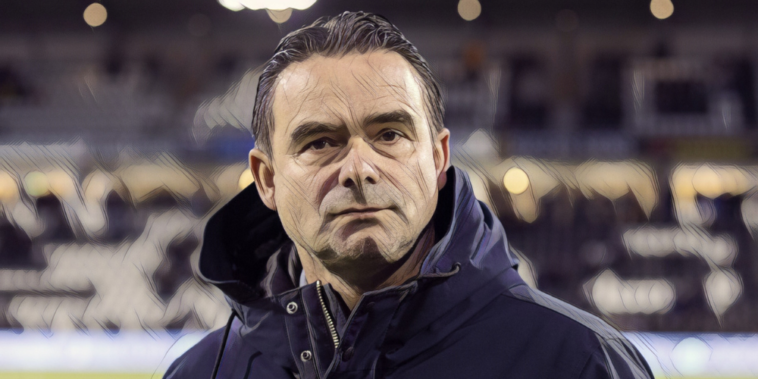 Marc Overmars says he is ‘ashamed’ after leaving his role at Ajax following ‘inappropriate messages’ sent to female colleagues at the club.

Ajax have confirmed that the former Arsenal winger will leave his role as Director of Football, following a series of inappropriate messages sent to a number of female colleagues ‘over an extended period of time’.

The 48-year-old had been working at Ajax, with who he won the Champions League in 1995, for almost a decade as Director of Football.

“Director of Football Affairs Marc Overmars will leave Ajax with immediate effect,” a statement on the Ajax website reads. “He made this decision after discussions in recent days with the Supervisory Board and CEO Edwin van der Sar and communicated his intentions to them.

“A series of inappropriate messages sent to several female colleagues over an extended period of time underlies his decision to leave the club.”

Overmars has released a statement expressing his regret, admitting he is ‘ashamed’ of his behaviour and apologising for the actions which have led to his exit with immediate effect.

“I am ashamed. Last week I was confronted with reports about my behaviour. And how this has come across to others,” Overmars said.

“Unfortunately, I didn’t realise that I was crossing the line with this, but that was made clear to me in recent days.

“I suddenly felt enormous pressure. I apologise. Certainly for someone in my position, this behaviour is unacceptable. I now see that too. But it is too late. I see no other option but to leave Ajax.

“This also has a major impact on my private situation. That is why I ask everyone to leave me and my family alone.”