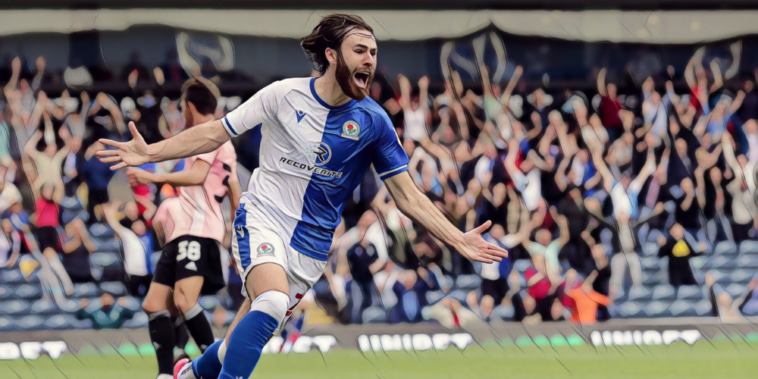 The Championship remains one of the most fascinating domestic divisions in world football, an uber-competitive annual rat race to reach the promised land of the Premier League.

Regardless of whether their sides make it to England’s top tier, however, there are a number of second-tier stars who will be attracting Premier League interest following their performances this season.

As the winter window approaches next month, we look at five stand-out Championship players who could interest Premier League sides in January.

Aleksandr Mitrovic has bounced back from a disappointing campaign last term to take the Championship by storm this season, with the Serba international once again proving he’s a cut above England’s second tier.

Mitrovic has scored an astonishing 22 goals in just 21 league appearances for a free-scoring Fulham side this season, the west Londoners currently top of the division in their pursuit of an instant return to the Premier League.

The 27-year-old has found a home at Craven Cottage following a difficult spell at Newcastle, scoring 62 goals in 125 league appearances for Fulham including an average of 0.8 goals per game in the Championship.

27 contributions and it's not even Christmas. pic.twitter.com/Qkmck3dOrv

His record this season is outstanding and Mitrovic is remarkably just nine goals from levelling the all-time Championship single season record, before the campaign has even reached Christmas.

Fulham will be reluctant to lose the forward who is spearheading their promotion push and the Cottagers are in a strong position with Mitrovic having signed a new long-term deal last summer.

West Ham have been linked with a move next month as the Hammers seek to relieve the goalscoring burden on Michail Antonio and the prospect of crossing the capital to swap the Championship for a Champions League push could appeal to Serbia’s record scorer.

Reading could ease their financial concerns with the sale of John Swift in January, the midfielder having been a stand-out name for the Royals in recent seasons.

The 26-year-old graduated through the Chelsea academy system but made just one Premier League appearance for the Blues, signing for Reading in 2016 after several lower-league loan spells.

Swift has been a consistent performer at Championship level and looks ready to make the step-up a division, having been in excellent form for Veljko Paunović’s side so far this season.

The midfielder ranks third in the division for goal involvements with 17, having scored eight times in the Championship this season, in addition to providing a league-leading nine assists.

Leeds and Newcastle have been credited as admirers of his talents and the Premier League duo could launch moves in January as they bid to bolster their relegation-threatened sides. Out of contract next summer, he could be a shrewd signing on the cheap.

Blackburn’s brilliant start to the season has been fired by the goals of Ben Brereton Diaz, a forward whose story has captured the attention of the public following his exploits on the international stage.

The Stoke-born star was called up to the Chile national side for the first time in April, having qualified for the South American nation through his mother.

The 22-year-old has since scored three goals in nine appearances for Chile and has taken that confidence into the new season at Ewood Park, enjoying an electric start to net 17 goals from 22 league appearances.

Ben Brereton Diáz has scored as many goals in 21 Championship games this season than in his previous six seasons combined (17).

That haul is more than the forward managed across his previous four campaigns for Rovers and has alerted several sides, including Leeds, West Ham, Brighton and Spanish side Sevilla.

Luton Town boss Nathan Jones believes Elijah Adebayo is – alongside Aleksandr Mitrovic – the best number nine in the Championship, with the youngster having made a brilliant start since rising through the divisions.

“It’s his first year (in the Championship) as let’s be honest, he had four months and then he’s had another six, so he’s probably only 10, 11 months into his Championship career and that’s quite frightening.”

It was only going to end one way 😉@EliSaint4 | #COYH pic.twitter.com/Kh91WcUom9

Adebayo has been a revelation since arriving from League Two Walsall and has scored ten league goals from 19 starts for Luton this season, with the forward possessing a 6ft 4in frame and the raw attributes to trouble defences.

Top-flight interest would represent a meteoric rise for Adebayo, though Luton have claimed it will take a significant offer to part with their leading scorer, a player that Jones believes is far from his ceiling.

Bournemouth look well placed to secure a Premier League return this season, having added to a strong core with some shrewd signings under Scott Parker.

Dominic Solanke has found his goalscoring groove for the Cherries with 16 league goals this season, though the forward has been ably supported by Phillip Billing.

The midfielder has enjoyed a fine campaign to score seven goals and provide four assists, showcasing the wide-ranging aspects of his game having previously been considered an anchor of the engine room.

Billing is tall, athletic and strong in the challenge, whilst at 25 years old he is Premier League experienced and has the potential for further development at a higher level.

Billing has just one cap for Denmark at international level but has the talent to become a regular member of the national side, with the Premier League the perfect platform should any side seek presence and poise this winter.