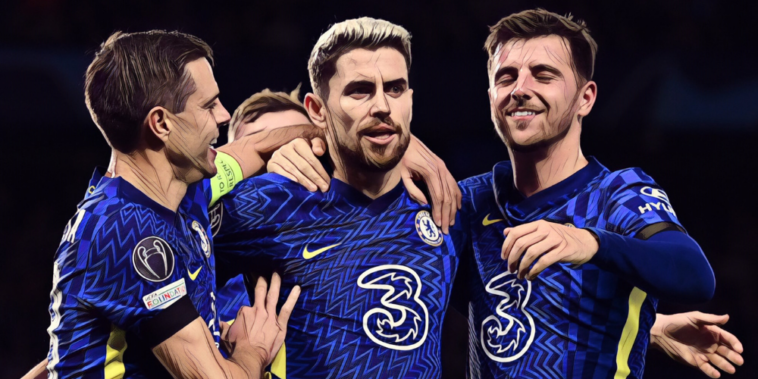 It is impossible to illustrate why, or demonstrate exactly how, Chelsea are afforded only cursory respect by all forms of the media. Examples can be offered up, but they are so slight they dissipate under analysis, each one of them at risk of being scoffed away as nothing more than imagined slights.

But there are a multitude of them. They’re everywhere. It’s evidenced in almost every opinion piece, news report, and matchday commentary. Individually, they seem utterly inconsequential. But combined it is disregard by a thousand cuts.

How is it disrespectful you may ask? To best answer that it’s necessary to summarise how their rivals are portrayed in print, online and on television, by way of comparison.

Manchester United and Liverpool are the marquee names of English football and have by far and away the largest fanbases, so naturally they get the lion’s share of the attention and just so long as they are ticking along nicely and not succumbing to crisis – because then the club will be largely left alone but their manager will get holy hell for daring to damage a darling of the press – that attention takes a distinctly affectionate and familial tone.

Managers and players are called by their first names: Jurgen, Ole, Trent, Jordan and Bruno. Victories are celebrated with a healthy sprinkling of glorifying adjectives, so a 2-0 home win over Burnley is ‘scintillating’ and a winger’s performance is ‘electrifying’, and a 20-yard effort into the top corner is ‘stunning’; a goal of the season contender to cap a ‘rampant’ display by the ‘mighty’ Reds. When not hyping up their footballing output, the media like nothing more than to regularly reference United and Liverpool’s history and identity, often in a sycophantic and nauseating manner

For United and Liverpool, read Tottenham, though of course it’s very difficult to overly laud a club with a propensity to shoot themselves in the foot or more pertinently, a club that last won a league title sixty years ago. So instead, they’re excused at every turn, like a favourite offspring that also happens to be a f***-up. It has long been said that the media have a major soft spot for Spurs and three years ago this was admitted in part, when a group of journalists travelling back from an away loss in Milan discussed the matter. According to a Times scribe, “Tottenham escape the more frenzied scrutiny that some of their Premier League rivals might attract.”

If you ever want to envisage how wholly unbearable the press would be regarding Spurs should they ever win anything simply acknowledge how their few plus points are promoted beyond reason. From Harry Kane to Daniel Levy, they are spoken of in hushed, reverential tones.

If Spurs are patronised, their North London neighbours Arsenal are unjustly and routinely damned. Quite what the Gunners – and their supporters – did to hurt the media is anyone’s guess but a single defeat leads to talk of ‘crisis’ while elsewhere they are disparaged far and wide as a ‘banter’ club. In some ways, Arsenal get the worst media coverage and consistently so.

In some ways but not in every way because then we have Manchester City. The hyped, dramatic environs of modern-day football is almost completely propelled by narratives and every good story needs a villain. That’s Manchester City. Aware of their unpopularity among fans across the country due to their muscling in on the elite via external investment, the media delight in sniding on the Blues at every opportunity. Successes are dismissed as inevitable. Every article ever written about them in the past decade contains a seemingly compulsory mention of their wealth.

The media’s treatment of City – or the ‘whores of world football’ and the ‘bad guys’ as the Mirror and Sun have referred to them respectively in the past – is extremely relevant to Chelsea’s rendering because back in the day they got much the same. They were ‘Chelski’ following the heavy expenditure that came from Roman Abramovich’s arrival. Their successes were attributed solely to financial advantage.

Only then that stopped and it’s not easy to pinpoint exactly when or why, but it was probably something to do with Jose Mourinho because the media’s obsessive love for him was so piqued it would frankly get an individual arrested in another walk of life. So it was that Chelsea became ‘accepted’.

But there are very different means of acceptance. There is a welcome with open arms and a big bear hug. Then there’s a suspicious checking of the admission stub and a nod to the far corner, where a solitary chair, away from the others, lies in wait. Chelsea definitely got the latter.

With five league titles, two Champions League triumphs, and six FA Cups, Chelsea are the most successful English club of the 21st century yet they remain strangely an after-thought and you would be hard pushed to find any coverage in the archives that celebrates them with anything like the same starstruck adoration reserved for others.

They are admired for sure, but every article committed to print and every match report is devoid of sentiment and passion, written so matter-of-factly it brings to mind a performance artist reading out a telephone directory on stage to test an audience’s politeness. “Chelsea won their first Champions League in Munich when Didier Drogba powered home a late headed equalizer. Their resilience paid off in the subsequent penalty shoot-out with Drogba again the hero, converting the decisive spot-kick”.

That incredible European conquest is now lost in time and we can easily conjure up the documentaries – perhaps even with cinema releases – had United or Liverpool beaten German foes in their own back-yard as Chelsea did in 2012. Talking of which, the Blues are currently the champions of Europe. That needs stating to remind one and all because there has been scant mention of it beyond the final whistle back in May.

Again, had it been United or Liverpool we wouldn’t have heard the end of it; their feat shoehorned into studio debates every passing week.

We can extend on this too. Turn to Sky on any given evening and Patrick Vieira will appear in his pomp, as too Eric Cantona, followed by yet another eulogy to ‘Stevie G’ as the channel wrap themselves in a security blanket of nostalgia. Frank Lampard may be mentioned in passing but only in passing and only through obligation.

The coverage of Chelsea as a whole has a notably detached tone, an absence of any warmth whatsoever. They are simply ‘there’ and oddly, so blasé are journalists to one of the world’s biggest clubs they can’t even rouse themselves to be critical even when a sideswipe is justified.

This summer Thomas Tuchel – always namechecked as ‘Tuchel’, never ‘Thomas’ – was furnished with a £97.5m striker who the club sold for nearly a quarter of that amount seven years earlier. It was reported upon neutrally and unemotionally. Manchester City meanwhile, a club known for possessing enormous resources, bought a player for a couple of million more and the press spectacularly lost their minds in faux shock and outrage.

This was not a distinction born from two clubs viewed very differently, as was the case when United splurged on Jadon Sancho. Lukaku’s move to Chelsea wasn’t vicariously celebrated, as Sancho’s was, or painted as his ‘destiny’. It was reported on in a detached manner, in purely footballing terms. All matter of fact like.

For good and for bad, Chelsea are spared the emotion that accompanies every word written and spoken about City, United, Liverpool, Spurs and Arsenal. They are simply ‘there’.