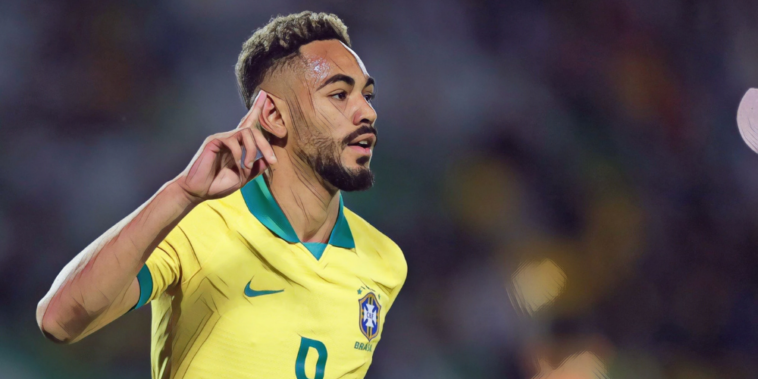 We may not have had the official opening ceremony of the Olympic games just yet, but the Tokyo 2020 football tournament is already underway as a host nations compete for medal honours.

Brazil enter the tournament as gold medal holders after securing victory on home soil in 2016, though the South Americans are expected to be pushed hard by the likes of Argentina, France, Germany and Spain – the latter counting six members of their Euro 2020 squad amongst their travelling party to Japan.

Each of the squads are comprised of players u23 with just three overage players permitted and as the action gets underway we’ve profiled some of the best youngsters taking centre stage.

Here are five of the most exciting young talents to look out for at this summer’s Olympics.

The star attraction for the host nation at this summer’s finals, Takefusa Kubo will be the poster-boy behind Japan’s hopes of sealing a medal in Tokyo.

Kubo spent time in the Barcelona academy system as a youngster before signing for Real Madrid two seasons ago, though has since continued his development away from the club with loan spells at La Liga rivals Real Mallorca, Villarreal and Getafe over the past two campaigns.

The winger showed flashes of his huge potential during the first of those temporary stints, scoring four goals and providing four assists despite Mallorca’s relegation, whilst ranking fifth in La Liga for take-ons.

He struggled to make a meaningful impact at either Villarreal or Getafe and heads into the Olympics with a point to prove, outlining his ambitious intention to win the gold medal for Japan and relaunch his career on home soil.

Kubo’s quick feet and ability to beat players will see him stand-out as the hosts go for gold and the ‘Japanese Messi’ will hope to impress new Real Madrid manager Carlo Ancelotti with a strong showing.

Manchester United fans have been treated to just brief glimpses of Amad Diallo since the winger’s arrival from Atalanta, the Ivorian making just eight appearances following his winter window arrival from Italy.

Diallo has wasted little time in making an impact at this summer’s Olympic Games with the Ivory Coast, producing an eye-catching assist as the African nation began their campaign with a 2-1 win over Saudi Arabia.

The 19-year-old picked up possession on the right flank and left three Saudi defenders struggling to get a foot in, before picking out Franck Kessie with a pass inside as the AC Milan midfielder fired home a winner.

The fleet-footed youngsters possesses an exciting ability to commit defenders and Red Devils supporters will hope to see more of a player with huge potential following his Olympic involvement.

Diego Lainez is another player who will hope to use the Olympics as a springboard following an indifferent spell in Spanish football, though the Mexican winger has the potential to be one of the stars of this summer’s tournament.

Lainez was signed by Real Betis as a teenager and his progress has been far from straightforward, though he showcased what he’s capable of during Mexico’s opening 4-1 thrashing of France.

The 21-year-old was bright and inventive as Mexico secured a comprehensive victory over the French – who saw bright prospect and Manchester United-target Eduardo Camavinga refused permission to join up with the squad in Tokyo by Rennes.

The winger provided the assist for Alexis Vega’s opener, twisting and turning down the Mexican right before delivering a perfect cross into the penalty area.

Lainez has been capped on 14 occasions by the senior Mexico side and forms part of a side with plenty of international experience, as the Central American nation bid to repeat their feat of London 2012 in securing gold this summer.

Brazil boast one of the most talented sides in the tournament and will be bidding for back-to-back gold medals, having beaten Germany on penalties in the final of the 2016 Olympics in Rio de Janeiro.

The South Americans will be without talisman Neymar at this summer’s games, though have an exciting collection of forwards to choose from including Everton’s Richarlison, Malcom and Matheus Cunha.

Cunha arrives into the tournament following his most productive Bundesliga season to date, starring for Hertha Berlin to finish as the club’s joint-leading league scorer with seven goals.

Comfortable in a variety of roles across the frontline, the 22-year-old has featured predominantly from the left for his club side and fired Brazil’s qualification for the Olympics, netting five times during the 2020 CONMEBOL Pre-Olympic Tournament.

Despite a modest goal record at club level, Cunha has been prolific for Brazil’s u23 side in recent years, netting 18 goals in just 19 appearances – becoming the all-time joint-leading scorer for the u23 side alongside Ronaldinho.

Cunha will hope that record-breaking goal comes during this summer’s finals, despite missing a penalty in Brazil’s opening fixture against Germany.

Argentina have a long and storied history of producing excellent number 10s, with the current incumbent of the shirt at senior level arguably the finest footballer the game has seen.

Thiago Almada will be hoping to follow in the footsteps of Lionel Messi by securing Olympic gold for Argentina, with the 20-year-old set to be tasked with providing the creative spark in the South American nation’s side.

Almada is technically gifted and glides past challenges, providing the perfect weight on passes as he looks to cut through defensive lines.

The youngster has been linked with a move to Europe from Vélez Sarsfield for some time and a strong showing at the Olympics could prompt a big club into gambling on his promise.

Almada’s low centre of gravity, balance and vision have marked him out as a potential star and he will hope Argentina can bounce back following a shock defeat to Australia in their opening fixture.