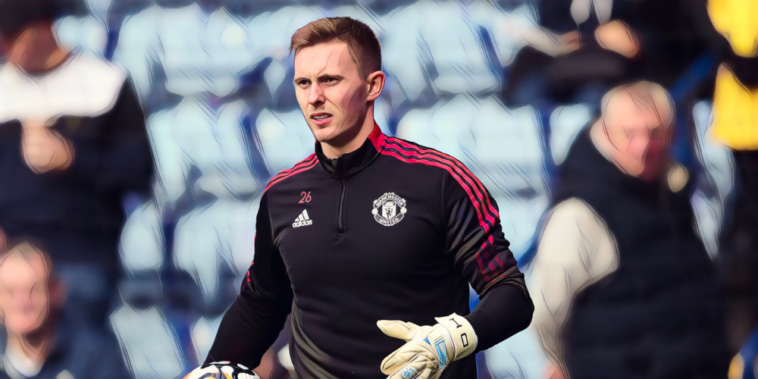 Nottingham Forest are leading the race to sign Manchester United goalkeeper Dean Henderson with the newly-promoted side closing in on a loan deal.

Henderson is keen to leave the Red Devils on loan in order to secure regular first-team football, having made just three appearances in all competitions last season, none of which came in the Premier League.

Forest have identified the 25-year-old as a transfer target ahead of their Premier League return and Sky Sports are reporting that a loan agreement is close.

The deal is set to include an option to buy for a fee of around £20m, whilst United will cover a portion of Henderson’s wages during the arrangement.

Henderson made 26 appearances for the Red Devils during the 2020/21 campaign, but struggled to dislodge David de Gea last season and is keen to secure regular minutes in a bid to improve his chances of making England’s World Cup squad for Qatar.

He previously enjoyed a successful two-season loan spell at Sheffield United and has also been linked with Newcastle this summer.