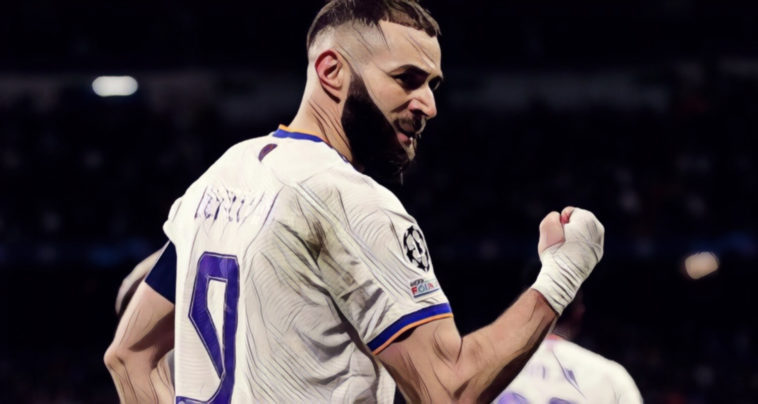 Chelsea’s defence of their Champions League crown ended tonight in Spain’s capital after the Blues quarter-final against Real Madrid finished 2-3 after extra time.

Thomas Tuchel’s side came into the game with a mountain to climb after losing the opening leg 3-1 to a Karim Benzema inspired Real last week at Stamford Bridge. However, Chelsea started in confident fashion and it was very much game on when Mason Mount finished brilliantly from just inside the area after 15 minutes.

If Carlo Ancelotti’s men had dominated the opening period in London tonight’s game was the complete opposite with Chelsea bossing proceedings and the Blues would have been disappointed to go in at the break just one goal to the good given their superiority.

Five minutes after the restart though the Blues would find the second goal that brought the tie level on aggregate. Mount’s out swinging corner from the right met by Toni Rudiger, who rose highest to power home a header into the bottom corner.

Real academy graduate Marcos Alonso thought he had put his side three up after firing an unstoppable right footed effort into the top corner, but VAR stepped in and adjudged that the Spaniard had handled the ball in the build up. Then with 15 minutes left to play the much maligned Timo Werner broke forward purposefully down the left before cutting back inside and firing past Thibaut Courtois to give his side the lead in the tie.

Real have unrivaled pedigree in Europe’s premier club competition and they would force the game into extra time when Rodrygo volleyed home from close range with 10 minutes left to play. While it was a decent finish by the young Brazilian, the goal was all about midfield master Luke Modric, the 36-year-old teeing up his team-mate with a sublime outside of the boot pass that lofted in behind the Chelsea defence.

Then six minutes into injury-time Madrid talisman Benzema stepped up to send his side through to their 31st European semi-final. Fellow attacker Vinicius Junior broke down the left and clipped a classy cut back into the path of the French striker, who duly hammered a header past the hapless Edouard Mendy.

The emotion from Karim Benzema 🥺 pic.twitter.com/IoXPUYVOfN

Although Chelsea were unable to force the tie to a penalty shootout both sides showed a huge amount of quality and character over the two legs and it is a game that will go down as a classic Champions League encounter. Speaking afterwards Chelsea boss Thomas Tuchel admitted his sides first leg display ultimately cost his team, but was also full of praise for their performance tonight.

“We are always [disappointed] but these are the kind of defeats we can digest and swallow as we left nothing to regret out there,” Tuchel told BT Sport.

”We showed the quality and character this team has and deserved to go through, it was not meant to be today, we were simply unlucky.

“It is most important how we play and the input from the players – how lively did we play within a tactic, how much discipline did we have within the spaces – this was up to the fullest, so full credit to the players. To do it over 90 minutes was simply unlucky not to go through.

“I didn’t see the goal disallowed andI I am very disappointed the referee does not check it by himself, I feel (over both games) it was 51 on the other side with all the decisions made but that is how it is when you play Real Madrid in the Champions League.

“There is nothing to regret. We had a huge deficit to overcome because we did big mistakes in the first leg and today both goals come from mistakes from us – they took advantage of the msitakes with individual quality and that was enough because over the two legs we did too many of these big mistakes.”