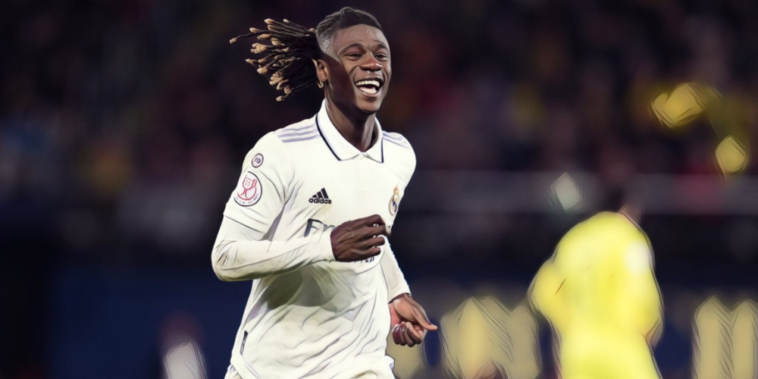 Eduardo Camavinga will not be allowed to leave Real Madrid on loan this month despite reported interest in the midfielder from the Premier League.

Camavinga has been linked with a loan exit during the January transfer window after struggling for regular first-team football under Carlo Ancelotti this season, with the 20-year-old having started just six league fixtures.

Arsenal and Chelsea have been credited with an interest in signing the France international, who had an important role in Real Madrid’s Champions League success last season.

Both sides have been active during the January window and Arsenal are assessing midfield options as the Gunners look to strengthen their title challenge.

The north Londoners have brought in Leandro Trossard from Brighton and are close to securing a deal to sign centre-back Jakub Kiwior from Spezia. Camavinga has been named as a short-term loan option in midfield, before Mikel Arteta’s side target a summer deal for West Ham captain Declan Rice.

However, Fabrizio Romano is reporting that there is ‘no chance’ that Camavinga will be allowed to leave this month with the Spanish side viewing the midfielder as a key player.

There's absolutely no chance for Real Madrid to change their stance on Eduardo Camavinga. He will stay as the club considers him key player for present and future of Madrid ⚪️🔒 #RealMadrid

Ancelotti wants to keep Camavinga among his options in midfield as Real Madrid chase silverware this season.

The European champions are second in La Liga at present and will face Liverpool in the Champions League’s last 16 next month.