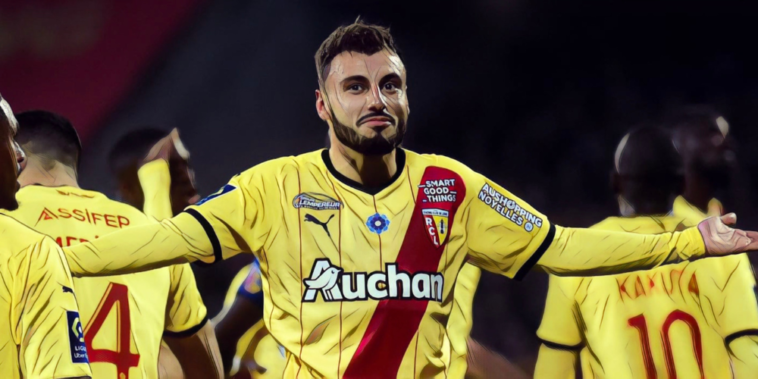 Manchester United and Chelsea have not made bids for Lens full-back Jonathan Claus, despite reports of offers from the Premier League duo.

Clauss has interested clubs across Europe after an impressive period in Ligue 1, with the 29-year-old – who has not played top-flight football before his move to Lens in 2020 – having earned a call-up to the France squad.

The right-back became the oldest debutant for Les Bleus for almost two decades in March and reports from Portuguese transfer expert Pedro Almeida had claimed Manchester United were in advanced talks over a potential deal.

Erik ten Hag is believed to be keen to add a right-back to his options this summer, amid doubts over both Aaron Wan-Bissaka and Diogo Dalot.

Chelsea and Wolves have also been credited with an interest in Clauss, though Fabrizio Romano has reported that ‘no bids’ have been made from either United or Chelsea.

Olympique Marseille are set to sign Jonathan Clauss after bid accepted by Lens. Full agreement in place, no bids from Man United or Chelsea. 🔵 #OM

Marseille now appear set to win the race for the defender, having seen an offer of £9.3m accepted by Lens.

Clauss – who has just a year remaining on his current contract – looks set to continue a busy summer of recruitment at the Stade Vélodrome as the club prepare to return to the Champions League this season.

Read Also – Rating every Argentinian to play for Manchester United