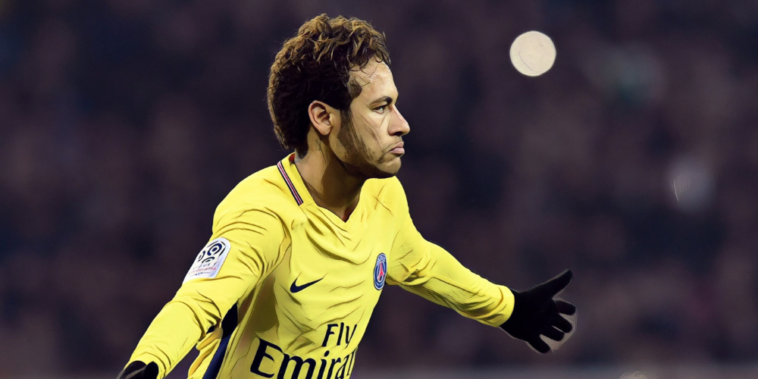 Paris Saint-Germain broke the world transfer record to sign Neymar from Barcelona, spending an extraordinary sum of £198m to prise a proven match-winner from Catalonia.

Neymar has since won three Ligue 1 titles among his honours with the French side, compiling an impressive record of 90 goals in just 130 appearances across all competitions for the Parisians.

The Brazil international remains a decisive figure but he is a talent capable of winning games singlehandedly, whether it be with an individual piece of brilliance or a set-piece special from range.

Often a threat when presented with free-kick situations, he scored a memorable effort from the edge of the area during PSG’s 3-0 win over Lille in 2018.

Neymar guided the ball past a wealth of Lille shirts and into the top corner, his teammates quick to mob the forward after a wonderful goal.

The goal was his 18th of his debut season with PSG, as the capital club moved 11 points clear at the top of Ligue 1.

Here is Neymar’s brilliant free-kick for PSG against Lille.