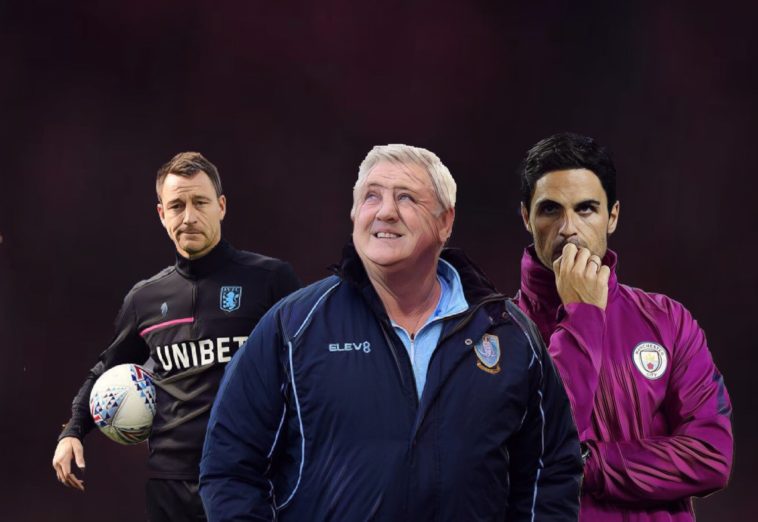 It just wouldn’t be Newcastle United without some sense of turmoil and crisis, with the club seeking a new manager following Rafael Benitez’s departure at the expiry of his contract.

Having been at loggerheads with owner Mike Ashley regarding the club’s ambition, the Spaniard decided to up sticks and head for a lucrative life in China.

Star forwards Salomon Rondon and Ayoze Perez have also both departed, meaning the club’s next manager has some task on his hands.

So for those of you keeping an eye out for new customer betting offers, here are the odds on the five favourites to take over in the North East…

Former England defender John Terry is being linked with taking his first steps into senior management, having been assistant to Dean Smith as Aston Villa won promotion to the Premier League last season.

Terry’s ambitions are to be a manager in his own right, and the opportunity to take over at a club of Newcastle’s size will greatly appeal.

Chelsea legend Terry has the status to command instant respect from his playing group, whilst the 37-year-old will have a wide-ranging network following a distinguished career in the game.

Great players do not necessarily make great managers, as we’ve seen many a time, and Terry’s appointment may prove a gamble for a side who’s Premier League status is far from assured.

That said, it could prove a masterstroke in finding a fresh replacement away from the continued carousel of sub-standard top flight managers.

The former Everton and Wigan boss could be keen on a return to club football, having been manager of the Belgian national side since 2016.

Martinez has said he will stay with Belgium until after the 2020 European Championships, however the opportunity at a club of Newcastle’s stature may persuade him to return to the Premier League.

The Spaniard has developed a reputation of playing an attractive brand of football, which will certainly appeal to Newcastle’s ever-loyal supporters.

A shock FA Cup success with Wigan in 2013 remains his greatest moment, though he was sacked by Everton in 2016 having failed to take the Merseyside club to the next level.

Martinez is likely to want another crack at English football’s top flight, and Newcastle could be his opportunity.

Having quietly learned his trade under the watchful eye of Pep Guardiola at Manchester City, Arteta could be ready to move into management for the first-time.

The Manchester City boss has praised Arteta’s contribution to City’s recent successes since he joined his compatriot’s backroom staff, and the 37-year-old will certainly have learned from one of the all-time great managers.

Like Terry, Arteta’s appointment would represent a gamble for Newcastle due to his lack of experience, one owner Ashley may be unwilling to take.

The retail entrepreneur’s financial desires means maintaining Premier League status is essential, which could hinder the former Everton and Arsenal midfielder’s hopes of landing the job as Ashley seeks an experienced head coach.

Perhaps a dream appointment for the Toon faithful, but one that appears unlikely under the Ashley regime.

The Portuguese has been out of work since being sacked by Manchester United in December, and has admitted recently that he is ready to return to management.

Mourinho has stated that his next job must be the right ‘project’, which seems unlikely whilst Ashley remains in charge at St James’ Park.

Talk of a possible takeover has cooled, though fresh investment and ownership could persuade Mourinho to move to the North East.

The appointment of a two-time Champions League winner would go some way to lifting the doom and gloom currently surrounding the club, though Mourinho will want to be financially backed were he to take charge of a club which finished 13th last season.

The 56-year-old is a proven winner, and would likely only take charge of a team with the capability to realise his ambitions.

The overwhelming favourite and perhaps the most underwhelming name on this list. Former Sunderland boss Steve Bruce is the red-hot favourite to succeed Benitez and takeover at St James’ Park.

A fairly lengthy managerial career has taken in spells at clubs including Hull, Birmingham and Wigan, which has included being promoted from the second tier on four occasions.

Bruce’s appointment is not likely to increase excitement or optimism ahead of the new season, though he could represent a safe pair of hands whilst Ashley seeks to sell the club.

Alongside Messrs Pardew and Hughes, the 58-year-old could perhaps be categorised as being amongst the manager’s on the aforementioned Premier League carousel, linked with every available opening despite having been given several opportunities.

Bruce would represent an uninspiring choice, though despite his Sunderland links the boyhood Newcastle fan will hope to be backed by his own, if he is given an opportunity to manage his hometown club.