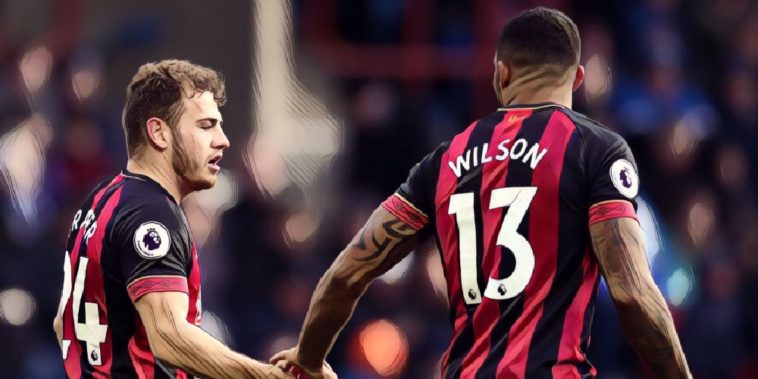 Newcastle are closing in on a £33.5 million triple transfer swoop with the club on the verge of securing deals for Ryan Fraser, Callum Wilson and Jamal Lewis.

The Premier League side are set to be handed a major boost just days before the opening fixture of the new season, with the Magpies set to bolster their squad with the arrivals of three much needed new additions.

According to Sky Sports, Ryan Fraser is the latest player nearing a move to St James’ Park, with the Scotland international set to undergo a medical with the club on Monday ahead of a free transfer move.

The 26-year-old has been without a club since leaving Bournemouth in June, Fraser opting against extending his contract during the club’s relegation battle amid interest from several Premier League sides, including the likes of West Ham and Crystal Palace.

Newcastle, however, appear to have won the race for one of the summer’s most in-demand free agents, with Fraser set to be joined at Newcastle by former Bournemouth teammate Callum Wilson.

The England international flew to Newcastle for a medical on owner Mike Ashley’s helicopter on Sunday, Wilson closing in on a £20m move to the North East after rejecting interest from Aston Villa.

Newcastle will hope the duo can rekindle a fine partnership during their time with the Cherries, the pair starring in tandem during the 2018/19 season – scoring 21 goals and providing 23 assists combined, 12 of which were to each other – before suffering a drop off in form as Bournemouth were relegated last season.

Newcastle are also close to a deal for highly-rated Norwich full-back Jamal Lewis, having seen a £13.5m bid accepted for the Northern Ireland international. Lewis was linked with a move to Liverpool earlier this summer before the champions withdrew their interest due to the Canaries reported £20m valuation, but looks set to secure a return to the Premier League following an impressive first season in the top flight last term.

The 22-year-old will replace Danny Rose at left-back after the loanee’s return to Tottenham, whilst Newcastle are believed to be seeking further reinforcements for their defence with a loan move for Arsenal centre-back Rob Holding.