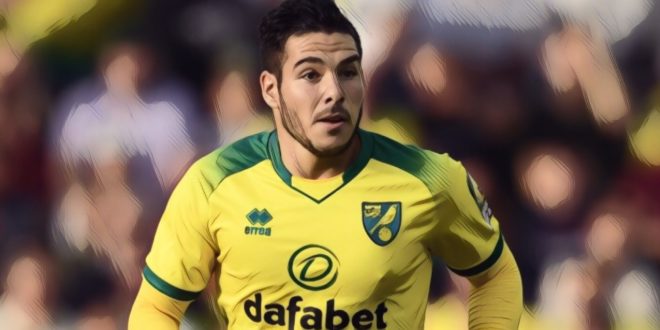 With the  Premier League season finally coming to a close, it is time for the post-mortem. As always, three teams have suffered the despair that comes with the drop and for the trio of Bournemouth, Watford and Norwich, it is now time for some summer soulsearching.

Which players will have to be sold, who will angle for a move themselves and who will be trusted with trying to return these three clubs to the promised land? These are just a number of questions that will have to be answered in double-quick time.

As the 2020/21 season already looms large on the horizon, we have just enough time to look back on the campaign that has passed and with that in mind, here is our relegated Premier League XI

With a paltry selection of options to choose from, this position was always going to be a case of slim pickings and when you look at the number of goals that were conceded by each of the three relegated clubs, there is not a lot of credit in the bank when looking between the sticks. However, one man will need to wear the jersey and when compared to both Ben Foster and Tim Krul, Bournemouth’s Aaron Ramsdale still looks to have a career in its ascendency, rather than its decline.

With 37 starts last season, he has made the Bournemouth shot-stopper position his own and if he’d had a more compact defence in front of him, the 22-year-old’s efforts may have been even more useful to the Cherries.

Unfortunately, Ramsdale’s agility and aerial prowess was not enough to stave off the threat of relegation and now his employers may have to fight off bids from the vultures circling above.

After suffering 10 straight defeats, Norwich were sent packing to the EFL Championship with a whimper, and with relegation confirmed, a firesale now looks as if it will begin.

One of the players that will be on the radar of the biggest names in the land is full-back Max Aarons and with a litany of links to the upper echelons of the Premier League and abroad, there is a sense of when and not if, the 20-year-old calls time on his stint at Carrow Road.

A near ever-present in Norwich’s back four, he would make 36 starts and play every minute of the games in which he was involved (3240 in total). While on the evidence of such an impressive number of minutes under his belt, it is clear to see that all Aarons needs is the platform and quality teammates to allow him to flourish even further. Once that opportunity is afforded to him, his career should subsequently go from strength to strength.

Bayern Munich have contacted the agent of Norwich right-back Max Aarons (20). Bayern have made it clear they are convinced of the player’s qualities and Aarons himself can very well imagine a move to the Bundesliga. Relegated Norwich would let Aarons leave for €20m. [Sky Sports] pic.twitter.com/uoxR9xQKCZ

If 2018/19 was the season where Diego Rico had to bed in, then the following campaign saw his talents begin to sprout, and although he suffered the ignominy of relegation, the 27-year-old can at least take solace at being one of, if not Bournemouth’s most impressive outfield player. With four assists to his name, the former Leganes defender was certainly of use down the left-hand side of the pitch.

A tenacious tackler who is not scared of dishing it out, he picked up six yellow cards for his troubles and when he was not falling foul of the officials, he showed himself able to thread a pass to his teammates. An end-of-season total of 22 goalscoring chances created from deadball situations highlights technical efficiency to go alongside effectiveness at the Vitality and these attributes will certainly set him in good stead for a tilt at the EFL Championship.

Arguably the least glamorous name on the list, but every team needs a rough diamond, and ours is Craig Dawson.

The 30-year-old has now made 180 Premier League appearances for both West Brom and Watford and although this is now his second top-flight relegation, he could still be a trusted hand for any of the promoted sides (a return to The Hawthorns anyone?) or indeed one of the other top-flight clubs that survived the drop by the skin of their teeth.

Dawson is another defender who seems relatively comfortable on the ball and although he will not be scoring overhead kicks week in week out – we should not forget his goal at home to Leicester – he will certainly be someone to call upon in the theatre of footballing war.

Looking at his tackles per game across the season, he surprisingly only averaged one. However, this suggests a strong sense of positioning, rather than a failure to get stuck in and it is this, that could be of great use to a future employer at the top level.

When you look at the way Nathan Ake plays for Bournemouth, there is a sense that he is perhaps too good for the club and that Cherries fans should just appreciate every moment that he has appeared in their colours. However, as the club’s relegation from the top-flight was signed, sealed and delivered last Sunday, it seemed as though everyone knew the Dutch international’s impending departure from the South Coast would not be all that far behind.

The 25-year-old Cherry now seems ripe for plucking and with the likes of Manchester City and former club Chelsea monitoring his situation with keen interest, Bournemouth’s crown jewel looks like it will be snatched away in the near future.

Whoever does acquire his services though will certainly be in the possession of a versatile and proficient defender, one that could certainly plug the deficiencies that have been on show at the Etihad and Stamford Bridge this season.

Devastated.. Love this club no matter what! Thank you for all the support this year and sorry we couldn’t make it in the end.❤️🙏🏾🍒 pic.twitter.com/UAzadx4JPa

When you look at Norwich’s creative department, it almost seems as if it were a one-man band, and with the output that has come from Emiliano Buendia, he himself does not deserve to be in a relegation suffering side.

However, football isn’t always fair and life has in many ways has not treated the Argentine well at all, especially when you consider he laid on seven assists to his Norwich teammates and created a hugely impressive 83 chances.

In terms of Norwich’s Premier League season, the Canaries scored just 26 times, meaning that the 23-year-old contributed to 26.9% of all the Norfolk sides net busting efforts. When you look at it like that, it’s clear Buendia is another player in this XI who would thrive if surrounded by more accomplished teammates.

A footballer’s career is all about timing and keeping your stock as high as you can. Move on at the right time and the trajectory curves upward. Stay too long and that curve starts to swing downwards, and when you look at the career of Abdoulaye Doucoure, it might start to be a case of the latter. At a time when the likes of Arsenal, Tottenham and Liverpool were reportedly looking to prise him away, only a bid from Everton ever materialised.

Not quite the move he had in mind, but hindsight is a wonderful thing and although the Blue half of Merseyside is in something of a state of flux right now, the 27-year-old could have been the perfect addition to their midfield.

Then again, Everton do seem to spend Farhad Moshiri’s money with reckless abandon and with Doucoure once again impressing at the heart of Watford’s midfield – making 37 appearances and scoring four goals – his stock may still be high enough to secure a big money move this summer.

Is Philip Billing synonymous with relegation to the Premier League? Two professional clubs played for and two demotions to the Championship are now on the Danes CV. Although that may prove to be a slight blot on his copybook, you would like to think that any potential employer may look at what he offered Bournemouth over the course of a gruelling season.

The former Huddersfield midfielder played 34 times for the Cherries, including 29 starts, and along with Diego Rico was one of the brighter lights from a faded set on the South Coast. With an average of 2.1 tackles and 1.9 interceptions per Premier League showing, the 24-year-old certainly knows how to break up play in the middle of the park and if clubs are willing to look past previous relegations, he could be a very useful transfer window addition.

An absolute enigma of a player. World class one week, Sunday league the next.

What’s next for Philip Billing? pic.twitter.com/fXPMPs4ymi

The ending of his time with the Cherries was undoubtedly soured by his decision not to sign a short-term extension, especially coming at a time when Bournemouth were struggling badly, so his inclusion in our relegation starting XI may raise some eyebrows.

While four goals and assists in Red and Black this season is not massively impressive, the seven strikes and 14 assists from the previous campaign does though highlight just how impressive the Scotland international is at his very best.

That previous seasons set of numbers, along with genuine midfield versatility has alerted Tottenham to his availability, and although you could argue another wide player is not top of their shopping list, the fact that the 26-year-old will be available on a free transfer adds to his appeal.

Fraser will certainly be a part of a Premier League outfit by September, it just remains to be seen whether it is one that can truly unlock his talents.

When it comes to Ismaila Sarr, he is one of those players that is exciting and frustrating in equal measures and although the naivety of youth had Watford fans pulling their hair out across the season, there were some incredible moments that made it worthwhile. Five goals and four assists is a decent return for any struggling outfit and had the goals been closer to double figures, who knows if the Hornets would still be buzzing about in the Premier League.

The pinnacle of Sarr’s season was undoubtedly the 3-0 win over Liverpool in February, one that ended the champions’ hopes of going through the league campaign unbeaten. The Senegalese winger scored a brace and was generally a handful all evening, with his performance lighting up Vicarage Road.

He might need a strong season in the Championship to show his true worth, but if that proves to be the case, a return to the Premier League – either with his current employers or new – will not be all that far away.

Have we seen the last of Troy Deeney in Watford colours? There is no doubt he has been a tremendous servant over the last decade, but the abrasive captain’s service was just not enough this time around.

With that said, no one can ignore the fact that he scored 10 Premier League goals this season, and although father time may just be catching up with him ever so slightly, his battering ram style of play could still do a job in the top-flight. Perhaps with relegation, now is the time for player and club to part ways via amicable means.

Deeney is undoubtedly a throwback to a bygone era of attacking play and should he be given a top-flight lifeline, a new club will possess a man who won an impressive average of 7.3 aerial duels per game last season. It may not be pretty, but he will be of use for someone.