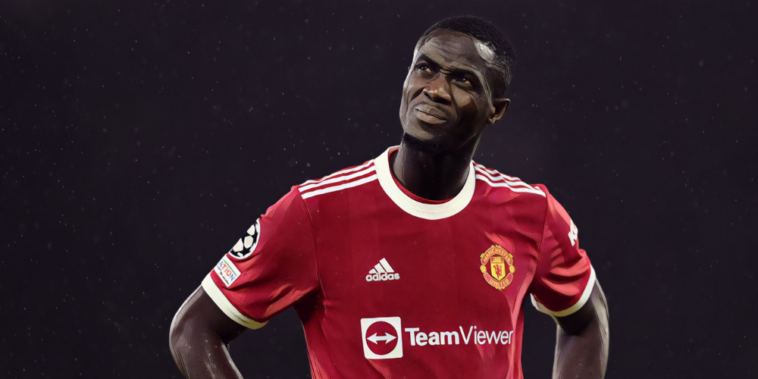 Manchester United have offered Eric Bailly to Newcastle with the defender deemed surplus to requirements at Old Trafford.

Bailly looks set to leave the club this summer after falling out of favour last season, with the Red Devils prepared to accept a significant loss on the centre-back who failed to make a Premier League appearance in 2022.

The Ivory Coast international signed for United in a £30m deal from Villarreal in 2016, but his six seasons with the club have been marred with injury problems.

The Mirror are reporting that Erik ten Hag is prepared to allow Bailly to leave in a cut-price deal and the club have offered his services to Newcastle as the Magpies look to sign a centre-back this summer.

Newcastle are chasing a deal to sign Sven Botman from Lille, though the Dutch u21 international is understood to favour a move to AC Milan. However, it remains to be seen whether the Italian champions will match his asking price, which is in excess of £30m.

Bailly could prove an alternative, whilst there is also interest from France as Lyon and Marseille chase a deal for the defender.

United’s stance comes despite frustration in their pursuit of Ajax defender Jurrien Timber, who is keen to remain with the Dutch champions and secure regular first-team football ahead of the 2022 World Cup in Qatar.