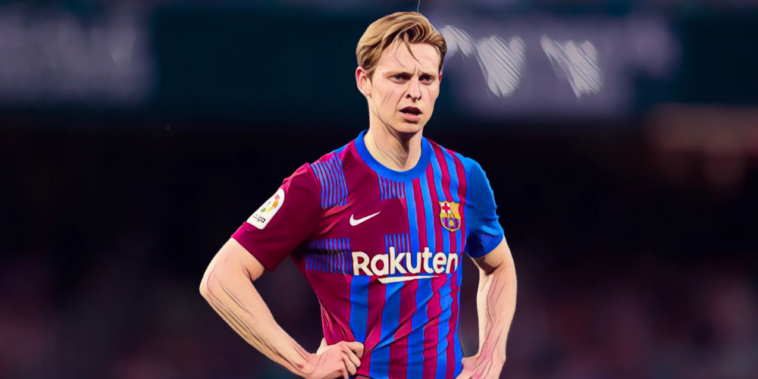 Manchester United are set to increase their efforts to sign Frenkie de Jong this week as the club look to conclude a deal for the Barcelona midfielder.

De Jong has emerged as the club’s leading transfer target with Erik ten Hag keen to reunite with the former Ajax midfielder in the Premier League.

United have already seen one verbal bid turned down, but are set to return with an improved offer for the Netherlands international this week.

Fabrizio Romano is reporting that the Red Devils are set to submit a second bid for De Jong, who has been assured of a prominent part in Ten Hag’s team after a mixed spell with Barcelona.

The 25-year-old starred for the Ajax team that reached the semi-finals of the Champions League under Ten Hag in 2018/19, but has struggled to produce his best football consistently in Catalonia with Sergio Busquets operating in his preferred role at the base of the midfield.

Ten Hag is understood to have told De Jong he will build his engine room around the Dutchman and the Red Devils will now look to agree a fee with Barcelona.

The Spanish side are open to his departure in order to raise funds for their summer business, but want to recoup the €75m the club invested in De Jong in 2019.

United are also interested in signing Christian Eriksen, who will become a free agent when his contract at Brentford expires this summer. The Denmark international has shone since returning to football and signing a six-month deal with the Bees and is believed to have offers from Brentford, United, and former club Spurs.