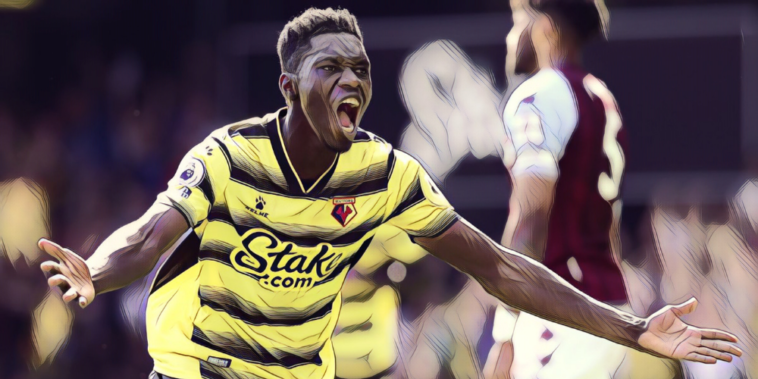 Newcastle are eyeing a January move for Watford winger Ismaila Sarr as the club’s new owners prepare to invest in the squad.

Sarr has attracted interest from some of the Premier League’s biggest sides since signing for Watford from Rennes, starring during the Hornets’ promotion last season before impressing during the opening weeks of the top-flight campaign.

Newcastle are now said to be considering a move for the Senegal international as the Magpies’ Saudi-backed ownership look to strengthen the squad at St James’ Park, with the club currently winless from nine Premier League fixtures.

The Mail are reporting that Watford believe Sarr can reach a similar level to Jack Grealish, who signed for Manchester City in a £100m British transfer record deal this summer.

With that being said, the report says Hornets are unlikely to sanction the sale of Sarr during the January transfer window, especially with Newcastle also appearing to be a direct competitor in the battle for Premier League survival at present.

Sarr – who has scored four Premier League goals this season and signed for Watford in a deal worth up to £40m in 2019 – has previously been linked with both Liverpool and Manchester United.