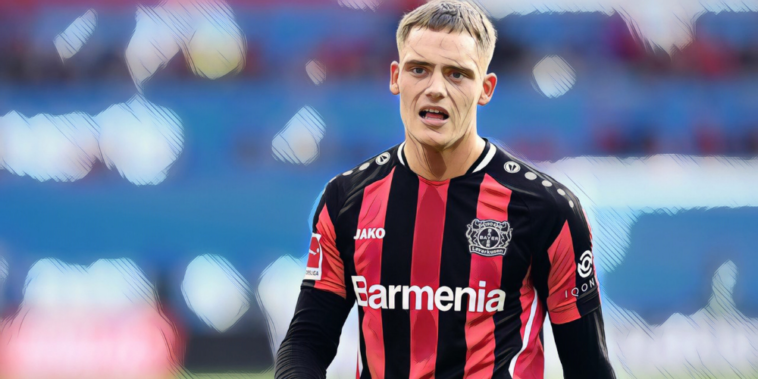 European football is currently bursting with young talent as a host of prospects make their mark across the continent, each breakthrough bringing the predictable wave of transfer speculation.

The rapid rise of a young talent catches both the imagination of the public and the attention of the game’s biggest clubs, and we’ve decided to look at five of the best young footballers we predict will be of transfer interest to Europe’s elite.

Last summer’s transfer window saw almost every major club in Europe consider centre-forward additions, with the name of Dusan Vlahovic having regularly been mentioned amongst the gossip columns.

With much of the focus regarding Erling Haaland’s next destination, Vlahovic has emerged as a viable alternative to the Borussia Dortmund sensation following a breakthrough campaign at Fiorentina last term.

Cristiano Ronaldo, Romelu Lukaku and Luis Muriel were the only players to better the Serbian’s 21 league goals in Serie A last season, with the 21-year-old having found his feet after a period of adaptation in Italy.

He has began the current season in similar vein with seven goals in 11 appearances across all competitions, whilst he has scored five times in just eight international appearances in 2021.

Most league goals scored by U23 players in Europe's top five divisions since the start of last season:

And he's just scored the first free-kick of his Serie A career. 🎯 pic.twitter.com/ZBis25DN6s

Vlahovic is a hulking presence who represents somewhat of a throwback number nine, providing predacious instinct inside the penalty area and the physical presence to shrug off opposition challenges.

Fiorentina have seen the forward reject a contract that would make him the highest-paid player in the club’s history and reports have suggested the Italian side are prepared to cash-in with his value high, given his current deal is set to expire in 2023.

He won’t come cheap, however, with speculation suggesting it will take a fee of around £77m to prise the forward from Florence.

Florian Wirtz’s stunning start to the season has made the wider public take notice of his talent, the teenager having built on an excellent breakthrough campaign last term.

The 18-year-old scored eight goals across all competitions for Bayer Leverkusen in 2020/21, but has netted six times from just eight appearances during the opening months of the new season.

Wirtz’s goals have come alongside a wealth of assists with the midfielder leading Germany’s top division with six goals created, a phenomenal rate of productivity given the teenager has made just six starts.

Florian Wirtz has been talismanic in the #Bundesliga for @Bayer04_en. ⚽✨ pic.twitter.com/680WdyyvOY

Erling Haaland is the only player in the division who can better Wirtz for goals and assists per 90 minutes this season, his frightening form having already led to speculation over moves to Liverpool, Manchester City, Chelsea, Bayern Munich and billionaire-backed Newcastle.

Wirtz, who has operated as a central attacking midfielder for Leverkusen this season, has also provided two assists in four appearances – each of which came as a substitute – for Germany since making his senior debut earlier this year.

The diminutive midfielder possesses a brilliant weight of pass and excellent decision-making despite his inexperience, often purposeful in his passing and intelligent in his movement as Leverkusen’s creative outlet.

The most familiar name to Premier League fans given his meteoric rise over the past two seasons, Jude Bellingham is the latest precocious talent to have been nurtured in Borussia Dortmund’s breeding ground for future superstars.

Bellingham broke a host of club records following his emergence at Birmingham City, before following the pathway set by several English youngsters in turning down Premier League interest to move abroad.

The decision has proven vindicated following a superb debut campaign at Dortmund last season, being named as the Bundesliga’s Newcomer of the Season and breaking into the senior England squad – becoming the Three Lions’ third youngest debutant.

Bellingham was named in England’s Euro 2020 squad and became the nations’ youngest ever international at a major tournament, appearing against Croatia aged just 17 years and 346 days.

The 18-year-old has began the current campaign in fine fashion with three goals and four assists in all competitions, including a wonderful solo goal in a 3-1 win against Arminia Bielefeld this month.

Bellingham has taken each step in his stride during his fledgling career so far, having already proven he can mix it on the Champions League stage, whilst he appears to be getting better and better with each performance for Dortmund.

Manchester United and Liverpool have already been named as suitors for the starlet, who will no doubt deliver Dortmund a huge profit on their initial £25m investment when the time comes for him to leave the Westfalenstadion.

Red Bull Salzburg have a fine modern history in unearthing and developing talented youngsters, with the likes of Sadio Mane, Naby Keita, Erling Haaland and Dominik Szoboszlai amongst those to have made their name at the serial Austrian champions.

Having sold on Patson Daka (Leicester) and Enock Mwepu (Brighton) for significant fees over the summer, the latest name set to earn Salzburg a sizeable sum is forward Karim Adeyemi.

The 19-year-old has started the season in superb form to score 14 goals in 18 appearances across all competitions, making an impression in this season’s Champions League group stages four goals in five games.

Adeyemi’s explosive pace and drive in possession has tormented defences this season, with the teenager having remarkably won four penalties in the Champions League alone – the most ever-recorded in a single UCL campaign since the data was first collected in 2003/04.

PSG have been mentioned as suitors with Adeyemi offering a fine replacement for the seemingly Real Madrid-bound Kylian Mbappe, whilst Bayern Munich and Borussia Dortmund are also monitoring a forward who scored on his senior international debut for Germany in October.

Liverpool are also reported to be interested as Jurgen Klopp seeks long-term replacements in attack, with the Reds possessing a core of former Salzburg players in Mane, Keita and Takumi Minamino.

Billed as the heir to Kevin De Bruyne for the Belgian national side, the Club Brugge youngster has emerged as the most exiting young talent from his nation’s ranks.

Named as the most promising talent in Belgian sport in 2020, the elegant and multi-functional youngster has formed part of the Club Brugge side that has impressed in this season’s Champions League group stages, earning results against both PSG and RB Leipzig.

Finding the versatile De Ketelaere’s best position was an initial challenge but the 20-year-old has thrived this season in a false nine position, possessing excellent close control and technical skills despite his 6ft 4in stature.

He has scored four goals and provided three assists in 12 Jupiler Pro League appearances for Brugge, whilst he netted his first international goal for Belgium during their 2-1 loss to Italy in the Nations League third/fourth play-off earlier this month.

Comfortable operating as a forward, wide or even in central midfield, the youngster has already attracted interest from several Premier League sides and could become the next Belgian import to make an impression in English football.