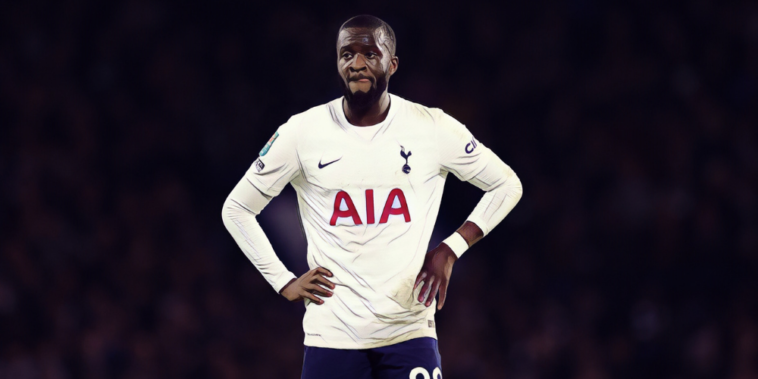 Tanguy Ndombele is ‘hopeful’ of leaving Tottenham this month with the north Londoners ‘open’ to the sale of the midfielder.

Ndombele has failed to establish himself since a £55m club-record move from Lyon in 2019, with the 25-year-old having attracted criticism for his inconsistent performances since arriving in the Premier League.

The Frenchman expressed a desire to leave last summer and is again keen on an exit this month, having started just six Premier League fixtures so far this season.

Ndombele was booed by sections of the home crowd following his substitution in the 3-1 win over Morecambe on Sunday, with the midfielder having produced another ineffective showing as Spurs were forced to come from behind to beat the League One side.

The Athletic are reporting that Ndombele is ‘hopeful’ of departing in January as he seeks a fresh start with Barcelona and Roma amongst the clubs to have been linked with the star in recent months.

Finding a suitor will be difficult, however, given Ndombele’s long-term contract worth around £200,000-a-week and the £55m figure Spurs invested in his signing two-and-a-half years ago.

A loan deal looks the most viable option this month, with Spurs likely to have to pay a significant portion of the player’s wages during any agreement.

Read – Africa’s Allstars: Picking a best XI from the 2022 AFCON