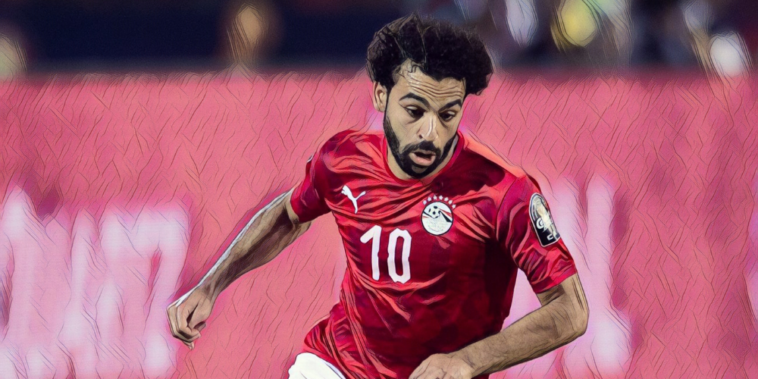 The Africa Cup of Nations will begin this weekend as the continent’s finest sides battle it out to be crowned champions.

Whilst the mid-season tournament often provides a headache for leading European sides, it gives fans a a fine spectacle and the chance to watch Africa’s best in a competitive tournament packed full of quality.

Cameroon will host the tournament and will have hopes of winning the trophy, though there will be strong challenges from the likes of Senegal, Egypt and holders Algeria.

Ahead of the tournament’s first fixture on Sunday, we’ve compiled a best XI from the stars set to feature at the 2022 Africa Cup of Nations.

Named as the competition’s best goalkeeper as Chelsea won the Champions League in 2020/21, Edouard Mendy will provide a formidable last line of defence for a Senegal side seeking a first-ever Africa Cup of Nations success.

The 29-year-old has enjoyed a meteoric rise in recent seasons and is now a key figure for club and country, having starred since his arrival in the Premier League from Rennes in 2020.

Few sides in the tournament boast Senegal’s depth of top-level talent and The Lions of Teranga – managed by former Portsmouth and Birmingham midfielder Aliou Cissé – have the best AFCON goalkeeper and a proven performer in winning major trophies.

Morocco’s squad for the tournament was headlined by the notable omission of Hakim Ziyech, with the Chelsea midfielder having not featured for the national side since July following a fall-out with coach Vahid Halilhodozic.

In his absence, Achraf Hakimi will shoulder much of the Moroccan hopes with the 23-year-old regarded as one of the finest wing-backs in world football at present.

Happy to be here 😄🇲🇦 pic.twitter.com/Dgc1hAqdqC

Hakimi starred as Inter Milan won Serie A last season to score seven goals and provide 11 assists in all competitions, before earning a big-money move to Paris Saint-Germain where he now counts Lionel Messi and Neymar amongst his club teammates.

Hakimi possesses blistering pace and will be key to providing the ammunition to Youssef En-Nesyri, who will be Morocco’s leading goal threat after scoring 24 goals for Sevilla last season.

Kalidou Koulibaly has regularly been touted as a transfer target for Europe’s leading clubs and remains one of Serie A’s best defenders.

The Senegalese star was named as Serie A’s best defender in 2018/19 and has been included in the divisional Team of the Year on three occasions, whilst he starred during Napoli’s impressive start to the season in which Luciano Spalletti’s side lost just one of their opening 15 fixtures.

The centre-back has been sidelined in recent weeks through injury and his absence has coincided with a downturn in form for Napoli, losing three times in four games to emphasise Koulibaly’s influence on the side.

Now 30, he has perhaps missed the chance to join one of Europe’s genuine elite but the 2022 AFCON provides Koulibaly with an opportunity to win major silverware and end a heavily-fancied Senegal side’s wait for success in the tournament.

One of a select group of defenders representing a leading European club, Eric Bailly has failed to command an automatic place for Manchester United but will be central to Ivory Coast’s challenge.

Bailly has often mixed excellent performances with erratic showings in the Premier League but can be a formidable defender when at his best, whilst he will relish the chance of a sustained run of games for The Elephants this winter.

Edmond Tapsoba is another to watch for Burkina Faso with the 22-year-old Bayer Leverkusen centre-back having been previously been touted as a Premier League transfer target, with Chelsea linked.

Bensebaini formed part of the Algeria side that won the 2019 edition of the tournament and has been a regular in the side since his debut two years earlier, earning 41 caps for the defending champions.

The 26-year-old – who is reportedly subject of interest from Inter Milan this month – has been with Borussia Monchengladbach since 2019 and has compiled an impressive record of 16 goals and six assists from 71 appearances for the Bundesliga side.

Comfortable at centre-back or left-back, he scored twice – including a penalty – during Monchengladbach’s 5-0 DFB-Pokal thrashing of Bayern Munich in October.

Regarded as one of the Premier League’s best footballers outside the division’s ‘big six’, Wilfred Ndidi will anchor the Nigerian midfield as the Super Eagles seek AFCON success.

His absence this month will be a major blow to a Leicester side already without several leading figures, with the 25-year-old amongst the Premier League’s most proficient ball-winners and ranking second for tackles won so far this season.

The three-time winners are not amongst the favourites to add a fourth AFCON triumph to their collection, but with names such as Ndidi and Leicester teammate Kelechi Iheanacho in their ranks Nigeria are a side that can trouble the top teams.

The absence of Victor Osimhen is a major blow, however, with the Napoli forward ruled out of the tournament.

Arsenal are another Premier League side who will be without a major midfield presence this month, Thomas Partey having produced one of his best performances for the Gunners in defeat to Manchester City last time out.

The 28-year-old will be a crucial figure in Ghana’s hopes of a successful tournament, with few midfielders in world football possessing his unique mix of elite athleticism and technical talent.

It’s been four decades since Ghana last won the tournament and Partey’s performances will have a major influence on their hopes of ending that wait.

Honourable mentions go to Naby Keita, Franck Kessie and Idrissa Gueye, who miss out on a place in our side amid heavy competition in a midfield berth.

Algeria’s finest footballer, Mahrez is amongst a handful of talents capable of lighting up this tournament.

The 30-year-old starred during Algeria’s success in 2019, scoring three goals – including a stunning stoppage-time free-kick in the semi-final win over Nigeria – to inspire his nation to success.

Mahrez has also been in excellent form for Manchester City this season despite the increased competition for places at the Etihad, scoring 13 goals and providing five assists in just 16 starts across all competitions for Pep Guardiola’s side.

He provided seven goal involvements (4G, 3A) in his four Premier League appearances before departing for AFCON and will be hoping to take that form into Algeria’s opener against Sierra Leone on January 11.

Senegal’s hopes of ending their wait for AFCON success will rest on the shoulders of Sadio Mane, who is closing in on his nation’s all-time goalscoring record with the Liverpool forward just three adrift of Henri Camara’s landmark.

Mane remains one of Europe’s leading forwards and has scored 10 goals across all competitions this season, whilst he accounts for more than half of the goals in the Senegal squad.

Mohamed Salah and Sadio Mane sign off for AFCON with a goal each 🔥 pic.twitter.com/sH9AaHINFX

Expectations on the 29-year-old will be increased with Ismaila Sarr a doubt to feature, the Watford winger having been at the centre of a club-vs-country row over the injury that has seen him miss the Hornets’ past nine Premier League fixtures.

He has since been released for international duty as the Senegal medical staff assess his condition.

Mohamed Salah starts as one of two forwards in our combined side in order to accommodate Mahrez in a right-wing position, with the Liverpool star heading to AFCON as the Premier League’s – and perhaps Europe’s – finest footballer on current form.

Salah leads the Premier League for goals and assists following a remarkable start to the campaign, scoring 16 goals and providing a further nine assists in the league alone.

Mohamed Salah has now been directly involved in TWO-HUNDRED goals for Liverpool:

He has been in similarly sparkling form on the Champions League stage with seven goals in Europe and will spearhead Egypt’s hopes of a record-extending eighth title.

Salah – who has scored more goals than any player at the tournament with 45 in 74 games at international level – will captain the side in Cameroon, leading a squad that also includes Arsenal’s Mohamed Elneny and Aston Villa winger Trezeguet.

On current form it’s hard to leave out Sebastien Haller from our combined side, with the Champions League’s leading scorer earning inclusion over Pierre-Emerick Aubameyang and Youssef En-Nesyri following a record-breaking start to the season.

Haller became the first player to score in each of his first six Champions League appearances, whilst he is just the fourth – after Lionel Messi, Cristiano Ronaldo and Robert Lewandowski – to score 10 goals in a single group stage campaign.

Sebastien Haller wasn't happy about being asked if he would prefer to stay with Ajax rather than go to the African Cup Of Nations 😤 pic.twitter.com/Nae0KJIEer

The 27-year-old has 22 in all competitions for Ajax already this season, having found a home in the Netherlands after a difficult Premier League spell with West Ham.

He will form part of a forward line alongside Wilfried Zaha and Nicolas Pepe for the Ivory Coast, an attacking contingent that has the potential to excite and frustrate in equal measure.

Haller has three goals in eight caps for The Elephants since his change of international allegiance, having represented France up to U21 level.