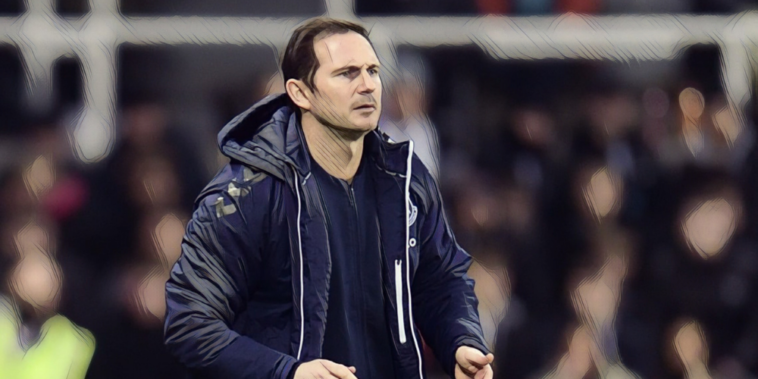 The weekend’s fixtures see Everton host Leeds in a huge clash for both sides near the bottom, whilst both Brentford and Watford will be searching for pressure-relieving wins of their own on home soil.

Optimism will be high on both sides as Newcastle take on Aston Villa, whilst an improving Norwich face the Premier League’s biggest acid test as Manchester City arrive at Carrow Road.

Just a little more than a year ago, Southampton made the trip to Manchester United and endured one of the most harrowing evenings in their Premier League history.

Alexandre Jankewitz’s second-minute red card set the tone for an eventual 9-0 defeat, equalling the Premier League’s heaviest ever loss in what was remarkably the Saints’ second nine-goal defeat in just two seasons.

Fast forward to February 2022 and Ralph Hasenhuttl’s side will head to Old Trafford with confidence, on the back of beating Tottenham in midweek and having lost just one of their last seven league games.

James Ward-Prowse has been in excellent form in recent weeks and the midfielder’s delivery – both from set-pieces and open-play – will again be a major threat as the Saints look to continue their recent rise.

Given the nervous defending of the Red Devils this season, it can be a weapon the Saints look to exploit. Ralf Rangnick’s side have alarmingly conceded 14 goals from set-pieces this season, with only Leeds having conceded more.

“Of course, he needs to show it and perform and do well but I’m convinced he’ll produce magic moments on the pitch when he’s up to his top level.”

Those are the words of Thomas Frank used to describe Josh Dasilva, whose absence for Brentford this season has gone somewhat under the radar given the Bees have so far stayed clear of trouble.

The 23-year-old has been sidelined for almost a year with a hip injury, having established himself as one of the Championship’s finest footballers before his setback.

Dasilva returned with substitute appearances in each of Brentford’s last two fixtures, with the midfielder’s dynamism and goal threat from midfield adding a new option to Frank’s side. He will be given time to find his feet after a lengthy absence, but the prospect of Dasilva and January signing Christian Eriksen in the same midfield is one that will excite the Bees supporters.

Everton’s defeat to Newcastle in midweek was a strong dose of reality for Frank Lampard, with the Toffees dragged closer towards the Premier League’s bottom three after a fourth straight league defeat.

Frank Lampard said Allan Saint-Maximin was 'unplayable' as Everton fell to a 3-1 defeat at Newcastle. pic.twitter.com/boP9UeSmsS

Lampard’s side face a Leeds side just one place and four points above them this weekend, a home clash that gives Everton their own chance to pull a Premier League rival closer to the division’s dogfight.

Everton were second-best in energy and desire at Newcastle, two traits that will need to improve against a Leeds team never short of endeavour. Dominic Calvert-Lewin’s potential return could be crucial, with the forward left on the bench during the defeat at St James’ Park.

Dean Smith’s arrival has boosted Norwich’s hopes of Premier League survival, the Canaries – declared doomed earlier in the campaign – having taken seven points from their past three matches.

Smith’s side also beat Wolves in the FA Cup last weekend to make it four unbeaten and confidence has increased despite slipping back into the bottom three in midweek.

💬 “We’re not in a position to have a free-hit against anyone. We’re fighting for every point we can get to remain in this league. If you go into the game not believing, you’re already beat.”#NCFC | #NORMCI | @FootballManager 👔

Norwich now face the Premier League’s most daunting challenge as Manchester City visit Carrow Road this weekend, the league leaders unbeaten since October and nine clear at the top.

Pep Guardiola’s side have won the past two meetings between the sides by a combined score of 10-0, but Norwich will head into the clash better-equipped than at any point this season to secure a stunning shock.

Jurgen Klopp now boasts an embarrassment of riches at Liverpool, with Luis Diaz’s impressive debut in midweek offering encouragement that the Colombia international can make a huge impression.

Diaz’s arrival from Porto last month now leaves Klopp with an abundance of options for his front three, with both Mohamed Salah and Sadio Mane having returned from international action.

Liverpool have a gem. 💎 pic.twitter.com/i2LpOgCyqo

Salah came off the bench against Leicester on Thursday and is sure to start at Burnley on Sunday, whilst Diogo Jota’s superb form – including a double to down the Foxes and take his haul to 17 goals in all competitions – means he deserves to retain his place.

Roberto Firmino’s lack of goals perhaps leaves him down the pecking order, but Mane will return from the AFCON with both a winners’ medal and the Player of the Tournament accolade.

It is the welcome selection headache that Klopp has lacked in attacking areas in recent seasons.

Coutinho can continue renaissance with Villa

“He seems happy. We have given him the stage to enjoy his football again and I think if you look at his performance tonight, his skills, awareness and vision, if you don’t love watching that you should stop watching football. Some of his work tonight was beautiful.”

Steven Gerrard was full of praise for Philippe Coutinho following his star showing in midweek, the marquee arrival scoring one and creating two further goals as Aston Villa drew with Leeds.

Philippe Coutinho is getting back to his best 🪄 pic.twitter.com/Vqqh2QJtBL

The result was disappointing as Villa squandered a 3-1 lead to drop points, but the encouraging performance of Coutinho will have delighted his manager.

Having seen his career stall since leaving England for Barcelona, a Premier League return appears to be reigniting the fortunes of the Brazil international who looked somewhere closer to his mesmeric best in midweek.

The 29-year-old appears to be enjoying his football once again and Villa are certainly enjoying having him in the Midlands.

Tottenham v Wolves – a clash neither can afford to lose?

Tottenham and Wolves both lost ground in the race for Europe in midweek, each losing home fixtures.

Antonio Conte was exasperated after Spurs threw away the lead to lose to Southampton, whilst Wolves were beaten by Arsenal despite boasting a man advantage for the final 20 minutes.

Tottenham and Wolves – seventh and eighth respectively in the Premier League table – meet this weekend and defeat for either would be a huge blow to their hopes of a top-four finish.

Just six points currently separates eighth-place Wolves and West Ham in fourth, a margin the club will not want to see increase as Bruno Lage’s team look to upset the established elite.

Spurs maintain games in hand on the sides above, but it’s time to get points on the board for Conte as his side chase a Champions League berth.

Bowen has been brilliant in recent weeks for the Hammers and has been the most productive English player in terms of goals and assists this season, a statistic which must surely place the 25-year-old in Gareth Southgate’s thoughts.

Six goals in his last six games.
11 goals and 10 assists this season.
More goal involvements than any other English PL player.

Jarrod Bowen is on 🔥🔥🔥 pic.twitter.com/JNmdcwUhLm

Bowen’s run of form has been well-timed with West Ham lacking regular goalscorers at present, with Michail Antonio having scored just twice in his past 15 league appearances.

David Moyes will need Bowen to maintain the high standards he’s set across the remainder of the season, a scenario which should move him into contention for a Three Lions’ call-up in the near future.