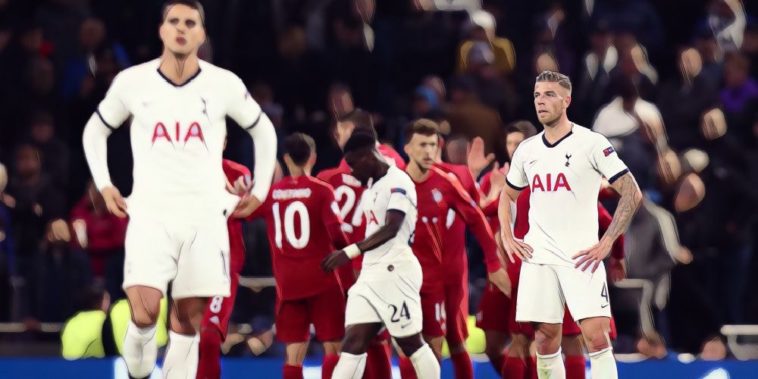 Tottenham manager Jose Mourinho has revealed he has banned his squad from watching footage of their 7-2 Champions League thrashing to Bayern Munich earlier this season.

Spurs were on the receiving end of one of the most memorable Champions League results in recent memory in this season’s group stage, as the Bundesliga champions scored seven times at the Tottenham Hotspur Stadium in a devastating attacking display.

The North London side were dismantled on home soil under the guidance of former manager Mauricio Pochettino, former Arsenal winger Serge Gnabry netting four times on a truely humiliating night.

Mourinho is currently preparing his side for the return fixture in Munich on Wednesday night, though with both sides already assured of qualification the Spurs boss is likely to field a heavily rotated side.

Despite the insignificance of what is effectively a dead-rubber between the sides, Mourinho has revealed he has banned his squad from watching replays of the previous encounter and says his preparation is focussed on his sides strengths and not the opposition ahead of the rematch.

Speaking at his pre-match press conference, Mourinho said: “7-2? I forbid any image about it. I watch it a couple of times with my staff and the analysts, try to go through every detail but not one single image for the boys not at all.

“We are going to focus on us, more than Bayern, to develop our model of play with different faces and different bodies but there is a certain way we try to develop and we are totally focused on us and less on Bayern.”