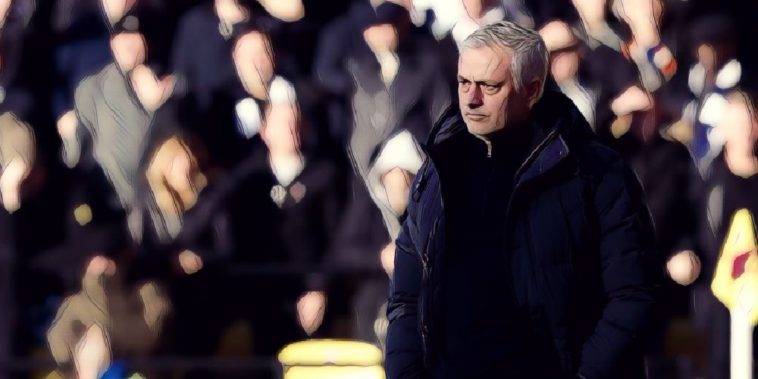 Jose Mourinho says he was pleased with Tottenham’s performance despite seeing his side held to a goalless draw at Watford.

Paulo Gazzaniga was the hero for Spurs at Vicarage Road, diving low to his right to deny Watford captain Troy Deeney from the penalty spot in the second half, the resurgent Hornets extending their unbeaten run to seven games as Nigel Pearson continues the club’s mini-revival.

Spurs had dominated the opening exchanges and saw an early penalty appeal waved away by referee Michael Oliver, whilst Erik Lamela saw a goal-bound effort dramatically cleared off the line by Watford substitute Ignacio Pussetto, the winger making his debut for the club after arriving from Udinese this month.

Despite the draw leaving his side eight points adrift of the Champions League places ahead of Chelsea‘s trip to face Newcastle this evening, Mourinho says he was pleased with Spurs’ display as the club attempt to make progress under the Portuguese’s stewardship.

“I talk about Tottenham’s performance separate from refereeing and VAR decisions because I prefer not to comment,” Mourinho told BT Sport.

“Tottenham’s performance was good. We started very well. We were very dominant in the first half until they did what they always do – they had that period were they started winning more second balls, put more balls into the box and had one or two set plays. It’s impossible to always dominate them.

“In the second half the game was more 50-50. We tried with the ammunition we have in the last period to bring more energy, more vision and more quality with Eriksen and were a few millimetres from winning the match.

“Overall it was a good match.”