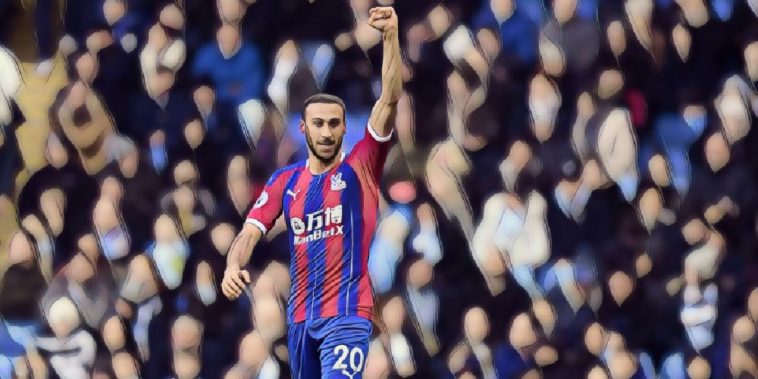 Roy Hodgson’s side dealt the Premier League champion’s faint hopes of retaining their title a huge blow by securing a point at the Etihad, a late own goal from Fernandinho rescuing a point for Palace following a pulsating finish in Manchester.

Two goals in the final ten minutes from Man City record-goalscorer Sergio Aguero looked to have won the contest for Pep Guardiola’s side following Tosun’s surprise first-half opener, only for Wilfried Zaha’s low cross to be inadvertently turned into his own goal by Fernandinho in the 90th minute.

Despite City’s domination, Palace would hold on to claim a spirited draw, and Tosun – who scored his first goal for the club since joining on loan from Everton earlier this month – was full of praise for his side’s performance in gaining what he believed to be a deserved point.

“That was a very important point for us,” Tosun told Sky Sports. “I just want to say thank you to the lads. Everybody ran to the last second, didn’t give up when we went behind and I think we deserved a point.

“To score was a great feeling as a striker needs confidence and confidence comes with scoring goals.

“We played a solid game, knew City would have more possession but we scored a good two goals and I’m just glad I got one of them.

“It’s a great feeling to score a goal in my first game but more than the goal was the point – that’s what mattered today.”

The result keeps Crystal Palace in the top half of the Premier League, while Man City are now 13 points behind Liverpool, who have two games in hand.